The government said that the estimate of 1.09 million uncounted people in northern Rakhine state was based on pre-census mapping of households by immigration officers. 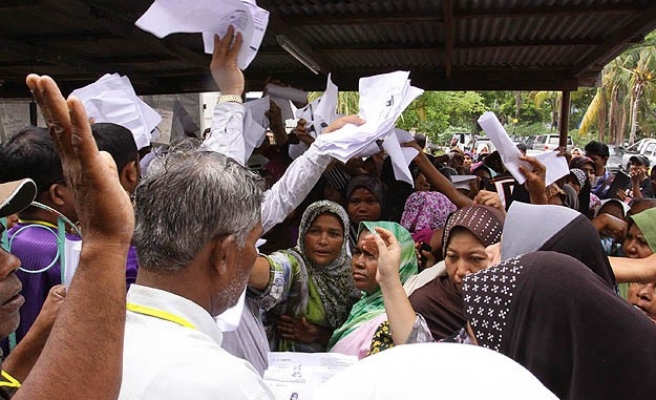 Following an incomplete count due to ethnic conflicts in parts of the country, Myanmar said on Saturday that its first census in 30 years shows the population to be 51.4 million, some ten million less than expected.

The provisional findings of the census, taken between March-April with support from the U.N. Population Fund (UNFPA), was released by Minister of Immigration and Population U Khin Yi.

The census was mired in controversy from the outset, as the government and UNFPA were criticized for basing the counting on 135 officially recognised ethnic groups, a classification that critics say is outdated and inaccurate.

Ethnic groups said their political representation and claims to ethnicity would be compromised if they were undercounted.

The estimated population included some 1.2 million people who were not counted in three areas affected by ethnic conflicts - northern Rakhine, and Kachin and Kayin states.

The government said that the estimate of 1.09 million uncounted people in northern Rakhine state was based on pre-census mapping of households by immigration officers.

Much of the controversy surrounded the counting of the Rohingya - Muslims who live in western Rakhine state and who are described by the United Nations as one of the most persecuted minorities in the world.

The government had promised international sponsors that ethnic groups could choose their classification. But a day before the census kicked off, presidential spokesman Ye Htut indicated that use of the term Rohingya would be prohibited, so those who wanted to identify themselves as Rohingya were excluded from the count.

The government describes the Rohingya as Bengalis, a term that implies they are illegal immigrants from neighbouring Bangladesh. However, most have lived in Myanmar for centuries.

Preliminary findings from the census also found a gender gap, with 26.6 million females and 24.8 million males, and it also showed the population pressures building up in the country's cities.

"For the first time in decades, the country will have data it needs to put roads, schools, health facilities and other essential infrastructure where people need them most," Janet Jackson, the UNFPA representative in Myanmar said in a news release. More detailed data will be released in May 2015.