With negotiations on a coalition almost certainly ahead, voters huddled around radios to hear the latest tallies, while many followed results posted on Facebook and Twitter. 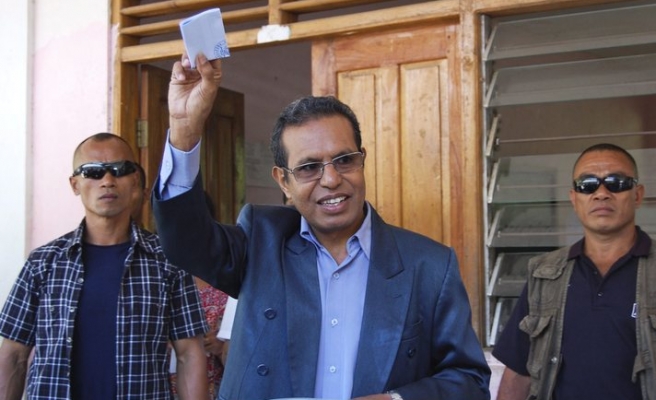 The party of Prime Minister Xanana Gusmao has won East Timor's parliamentary election, but was short of a majority, provisional results showed on Sunday, raising the prospect of a coalition government in Asia's youngest nation.

With all the ballots counted from Saturday's poll, the National Council of Timorese Resistance (CNRT) party led by Gusmao, a former guerrilla leader, had 36.7 percent of the vote, election commission official Tomas Cabral said.

The opposition Fretilin Party, also a key player in securing independence from Indonesia, scored 29.9 percent. The Democratic Party lay third with 10.3 percent, placing it in a key position in any bid to form a government.

"The result makes us even more curious about who would form the government," said Antonio dos Reis, a veteran independence fighter. "But for me, these parties should unite and form a united government so that we can start developing this country."

With negotiations on a coalition almost certainly ahead, voters huddled around radios to hear the latest tallies, while many followed results posted on Facebook and Twitter.

"What we will see in the next two or three weeks is a lot of discussion between CNRT and the Fretilin about the potential arrangements for the foundation of the government," said Silas Everett, country representative for the Asia Foundation.

"The discussions will probably result in either a coalition or a minority government."

The CNRT based its platform on seeking foreign loans to build infrastructure in one of Asia's poorest country with high youth unemployment. Fretilin opposes resorting to loans.

However, Everett said that if the parties could bridge their differences, the resulting coalition would produce a more stable government able to proceed with economic development.

The party targeted to win 44 seats but would only get around 30 of the 65-seat parliament based on the result.

Official results are expected on July 17. The government has said a new administration will be formed by Aug. 8.

The United Nations, which has said its mission will end in December, lauded Saturday's election as peaceful and orderly.