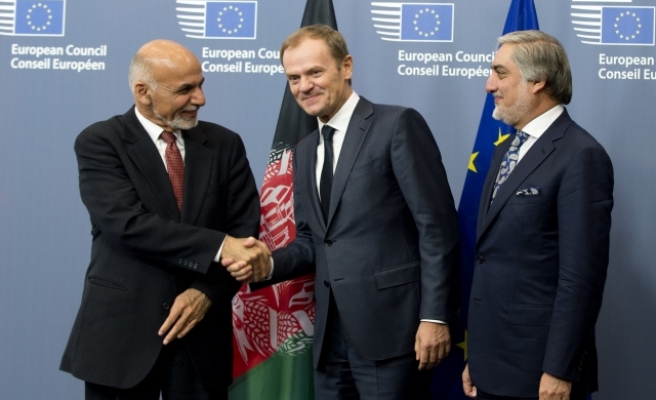 Despite lofty promises made in the past to rein in the rampant corruption that plagues Afghanistan, little progress has been made in this regard, and the country remains at the bottom of Transparency International’s Corruption Perception Index.

With this in mind, the EU delegation in the war-torn country has launched a seven-week campaign aimed at raising public awareness about corruption and its ills.

The initiative, which will include a high-level conference in early May, hopes to help Afghans combat graft and mobilize support for government action against the scourge of corruption.

In a statement, the EU delegation said endemic corruption was crippling Afghanistan's economy, undermining the fight against militancy and threatening foreign investment in the country.

"Every day, ordinary Afghans are confronted with corruption's dark shadow that fills the pockets of the rich while the poor suffer," EU Envoy for Afghanistan Franz-Michael Melbin said.

"It [corruption] undermines the Afghan people's hard-won achievements over the last 14 years; it is the primary threat to the sustainability and survivability of the Afghan state," he added.

"There are various reasons for the Afghan government’s failure to battle corruption. Poor governance is one of the major reasons," the diplomat said.

For the past 15 years, rampant corruption and poor governance in Afghanistan have caused millions of dollars allocated for the country’s reconstruction and development to be misused or wasted.

According to the Special Inspector-General for Afghanistan Reconstruction, a U.S. monitoring agency, millions of dollars have been lost -- especially in the education, health and reconstruction sectors -- due to rampant corruption.