'Even war has rules': MSF calls for inquiry on Kunduz

'Enough. Even war has rules,' Doctors Without Borders president says 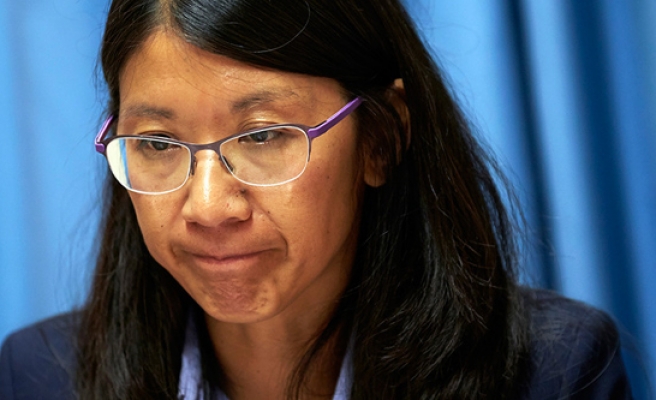 Medecins Sans Frontieres (Doctors Without Borders - MSF) called on for an international fact-finding commission to investigate the deadly U.S. airstrikes on hospital in Kunduz, in Afghanistan.

Saturday's airstrikes in Kunduz in northern Afghanistan killed 22 victims, including 12 staff with the medical aid group MSF that operated the clinic.

"The facts and circumstances of this attack must be investigated independently and impartially, particularly given the inconsistencies in the U.S. and Afghan accounts of what happened over recent days," MSF International President Joanne Liu said in a press conference on Wednesday in UN at Geneva.

"We cannot rely on only internal military investigations by the U.S., NATO and Afghan forces," she added. "Today we announce that we are seeking an investigation into the Kunduz attack by the International Humanitarian Fact-Finding Commission," Liu said.

MSF said the organization sent letters to 76 states on Tuesday to activate the commission for investigation but MSF has not received any responses from states, yet.

"This was not just an attack on our hospital. It was an attack on the Geneva Conventions. This cannot be tolerated. These Conventions govern the rules of war and were established to protect civilians in conflicts - including patients, medical workers and facilities," she said.

The U.S. has admitted that the bombing was a "mistake".

"Calling it as a 'mistake' is dismissive," Lui said and adding that "International humanitarian law is not about 'mistakes'. It is about intention, facts and why."

The U.S. attack on the MSF hospital in Kunduz was the biggest loss of life for the organization in an airstrike.

"Enough. Even war has rules"

"Tens of thousands of people in Kunduz can no longer receive medical care now when they need it most. Today we say: enough. Even war has rules," Lui said.

MSF Switzerland General Director Bruno Jochum said there was no confusion and no doubt that the MSF building was targeted as it was targeted at least four or five times in an hour, He added other buildings around the hospital were not damaged.

While fighting between armed groups and government forces had made access to the northern Afghan city virtually impossible, the recent U.S. airstrikes on a medical facility had left many in Kunduz without a hospital.

The UN has warned Tuesday against the absence of humanitarian agencies in the Afghan city of Kunduz, which has been the scene of intense fighting.