Ex-Madagascar president rules himself out of PM job

Rajoelina has been at the heart of a power struggle that has stoked five years of turmoil in the nickel-producing Indian Ocean island. 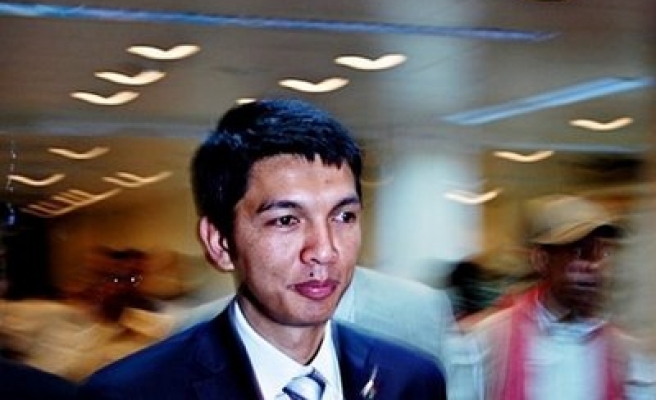 Madagascar's former president and coup leader Andry Rajoelina said on Friday he would not seek to be prime minister, a decision that could ease political rifts that have driven away investors and hurt the economy.

Rajoelina has been at the heart of a power struggle that has stoked five years of turmoil in the nickel-producing Indian Ocean island.

In January, his ally President Hery Rajaonarimampianina took office pledging to woo investors after winning an election the month before, the first such poll since a coup in 2009.

Rajoelina had said he might seek to lead the new government, a position backed by his political coalition MAPAR, which holds a majority in parliament and whose full name translates as "Together With Andry Rajoelina".

But he has now ruled himself out. "After analysis, I decided not to hold the position of Prime Minister... this is the wisest decision," the former president told a news conference.

His withdrawal could help turn a page in Madagascar's relations with donors and end a political crisis that has sharply slowed economic growth and deepened poverty.

The World Bank has said the next step of forming a government is crucial and that resumption of normal lending hinges on the appointment of a new prime minister.

Rajoelina, and the man he ousted in the coup, Marc Ravalomanana, were barred from standing in the presidential elections under the terms of a deal brokered by regional African states meant to end the political turmoil.

The World Bank expects Madagascar's economy to grow by 3.7 percent this year, accelerating to 4 percent in 2015.