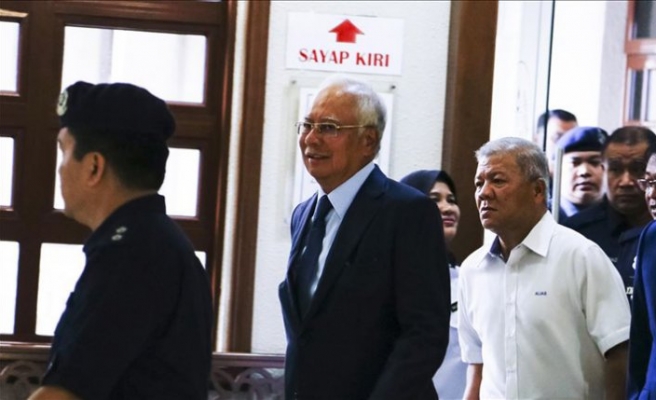 The former premier is accused of swindling around $10 million through SRC International Sdn Bhd, an investment board.

Razak told a jam-packed court in the capital Kuala Lumpur that Malaysian fugitive businessman Low Taek Jho or Jho Low “portrayed himself as someone who was influential” in the Middle East, daily Star reported.

"These countries have an access of cash money due to the increase in oil prices [and] I believed Jho Low can assist in 1Malaysia Development Berhad's [1MDB] investments in the Middle East,” Razak told the court.

The 1MDB organization was allegedly used to steal state funds worth 42 million Malaysian ringgits ($14 million) for transfer into the accounts of Razak and people associated with him.

The case saw many postponements during the trial.

The prosecution has so far produced 57 witnesses, since the trial began on April 3.

Najib Razak told the court that the fugitive businessman Low was a "close acquaintance" of the Sultan of Terengganu Tuanku Mizan Zainal Abidin, Malaysia's monarch until 2011, at the time the investment agency was formed.

Razak is facing seven charges -- three for criminal breach of trust, one for abuse of power and three for money laundering.