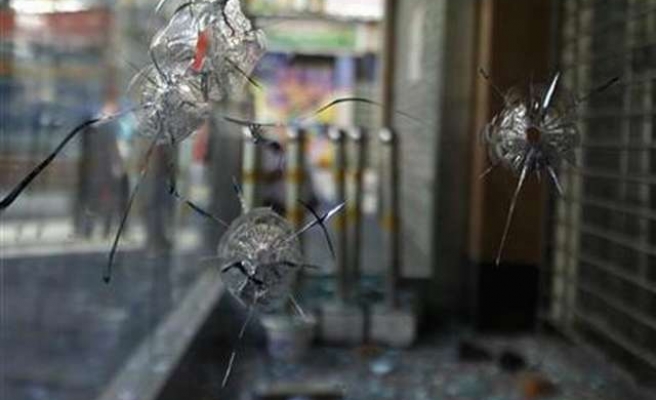 Three people were killed and 79 wounded in a bomb and knife attack at a train station in the far western region of China on Wednesday, state media said, as President Xi Jinping was wrapping up a vist to the area.

Pictures on China's Twitter-like Weibo site showed blood on suitcases and debris on the ground in front of the station. Many posts carrying the images were later removed by censors.

Xinhua said the station re-opened at 9 p.m. (1300 GMT), around two hours after the attack, under heavy police presence. Four people were seriously wounded but were in stable condition.

It was not clear if President Xi was still in Xinjiang at the time of the attack, at the end of his four-day visit to the region during which he stressed tough policing to fight "terrorists".

Responding to the attack, he said: "The battle to combat violence and terrorism will not allow even a moment of slackness, and decisive actions must be taken to resolutely suppress the terrorists' rampant momentum," Xinhua reported.

Xi said the battle against separatists would be "long-term, complicated and acute".

Exiles and many rights groups say the cause of unrest in the resource-rich and strategically located region is heavy-handed conduct by authorities, including curbs on Islam and the culture and language of its Muslim Uighur people.

Dilxat Raxit, spokesman for the Germany-based World Uyghur Congress exile group, said he feared the incident would lead to a new round of repression against Xinjiang's Uighurs.

"It's extremely worrying. No matter what happens, China first of all represses the Uighurs, leading to many innocent Uighurs being locked up," he said by telephone.

"We can see from this that Xinjiang is in a period of turmoil, and such incidents could happen again at any time. This is the trend and it's directly related to Beijing's policies."

Unrest in Xinjiang has caused the deaths of more than 100 people in the past year, prompting a tougher stance against Turkic-language speaking Uighurs, many of whom resent government controls on their culture and religion.

Urumqi was the scene of deadly ethnic riots in 2009, with nearly 200 people killed when Uighurs were attacked by members of the majority ethnic Han Chinese community. It has been relatively calm since.

Many Chinese took to the Weibo microblogging service to express anger and defiance at the station attack, including Hu Xijin, editor of the influential tabloid the Global Times, who wrote: "We will never be cowed by a handful of bad people."

China reacted to the 2009 riots by pumping money into less-developed southern Xinjiang, in an implicit recognition of the economic causes of the unrest. But it has taken a much harsher line of late, especially towards dissenters.

The government detained Ilham Tohti, a Beijing economics professor who has championed Uighur rights, in January and subsequently charged him with separatism.

Advocates for Tohti say he has challenged the government's version of several incidents involving Uighurs, including the car fire on the edge of Tiananmen Square.