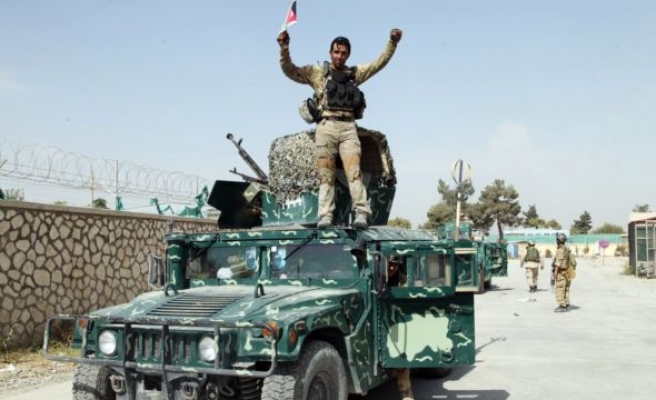 The Taliban’s three-day occupation of the strategic city of Kunduz last month has cast doubt on the Afghan national army’s ability to rein in the militant group, while also highlighting new fighting tactics adopted by the Taliban leadership.

The Taliban now appear to have shifted from the strategy of sending suicide attackers on solo missions to full-blown assaults involving hundreds of fighters.

Some commentators in Afghanistan have portrayed the change in tactics as a “desperate measure” by a militia worn down by years of fighting. Others, however, see it as a sign of strength; a fresh strategy aimed at inflicting maximum damage in order to gain leverage in advance of future peace negotiations.

What’s certain is that the scale of Taliban attacks is increasing in size, while death tolls on both sides are mounting. In Kunduz alone, the government claimed that some 670 militants had been killed in the fighting.

Hamdollah Daneshi, acting governor of Kunduz, told journalists earlier this week that 22 security personnel and 70 civilians had also been killed in clashes after Taliban militants overran the city.

Tactical changes have also been seen in recent Taliban offensives in eastern Logar, Nangarhar, southern Helmand and in other northern provinces, including Faryab and Badakhshan.

While the Taliban has traditionally drawn its fighters mainly from among the Pashtun people, this, too, appears to have changed, with Tajiks, Uzbeks and other ethnicities now swelling the group’s ranks.

“This [change of tactics by the Taliban] was bound to happen when NATO forces left responsibility for security to the Afghans,” Gen. Atiqullah Amarkhail, the country’s former air chief, told Anadolu Agency.

“What’s more, the Taliban’s new leader [Mullah Akhtar Mansour] desperately wants to show that he has his own strategy that can yield results like in Kunduz,” he said.

“He believes these moves will give the Taliban much needed leverage if and when they return to the negotiation table,” Amarkhail added.

Just over 13 years ago, on Oct. 7, 2001, the U.S. launched Operation Enduring Freedom (OEF) in Afghanistan, forcing the Taliban to flee from capital Kabul the following month.

Ever since, Amarkhail said, the Taliban has waged a guerrilla war -- until a few months ago, that is, when the OEF officially ended and the NATO-led mission began focusing exclusively on training Afghan security forces.

Unlike in the past, he pointed out, when combat was mainly confined to the country’s south, the Taliban has now brought the fight to all corners of the country.

But according to Gen. Abdul Wahid Taqat, a former Afghan intelligence chief, there’s more to the Taliban’s recent changes in fighting tactics.

Taqat argues that ongoing militancy in war-ravaged Afghanistan is actually “controlled anarchy” masterminded by the western powers -- particularly the U.S. and the U.K. -- aimed at achieving long-term strategic goals in the region with a view to countering an ascendant Russia.

He blames the current Kabul government, led by President Mohammad Ashraf Ghani (along with former rival presidential candidate Abdullah Abdullah, who now serves as chief executive), for being too weak and corrupt to meet the country’s security challenges.

“The fact-finding commission into the Kunduz carnage will prove that government negligence regarding the role of local militias -- along with some elements within the government -- actually contributed to the fall of this important gateway to Central Asia,” Taqat said.

President Ghani has formed a committee tasked with investigating the circumstances that led to the strategic city’s fall. The committee is jointly chaired by Farooque Wardag, a former government minister, and Amrullah Saleh, a former chief of the National Directorate of Security, Afghanistan’s spy agency.

Kunduz represents Afghanistan’s primary gateway into energy-rich Central Asia. When it fell last month, the shockwaves were felt as far away as Moscow, which has since pledged to support both Tajikistan and Afghanistan against the formidable militant group.

Elaborating on the emerging geo-strategic situation in the region, political analyst Mohammad Nezam said there was no denying the fact that the U.S. had major geo-political interests in the area.

“It’s now up to the Afghan leadership to ensure they do not let their territory be exploited by regional countries while also maintaining positive -- if not cordial -- relations with the world powers,” Nezam said.

He fears the Afghan leadership will play into the hands of world powers without keeping its own national interests in mind, again turning the country into a battleground for proxy conflicts.

Despite the fact that Ghani and Abdullah have dismissed claims of a rift between them, many political commentators, including Amarkhail, suspect there is considerable behind-the-scenes political wrangling.

“And this,” he warned, “ultimately provides an opportunity for the Taliban to exploit the situation and inflict deadly damage at will.”