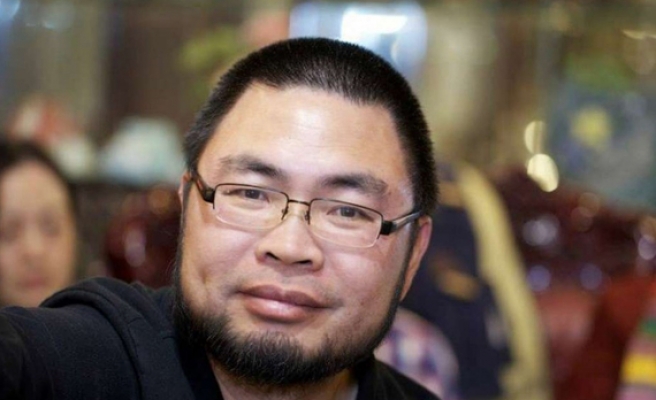 Amnesty International on Friday condemned reported Chinese detentions linked to a letter calling on President Xi Jinping to resign, after a US-based dissident said his parents and brother were missing.

The reported detentions of New York-based Wen Yunchao's family members would be the latest in a widening crackdown following publication of an anonymous letter calling on Xi to step down for the good of the country.

Wen cited a relative as saying the three were "taken away" from their home in the southern province of Guangdong by government officials. Wen said his father had warned him he was suspected of distributing the letter.

Four members of staff at Wujie News, a state-backed website which carried the letter earlier this month before deleting it, have been missing since last week, a reporter at the outlet earlier told AFP.

China Researcher at Amnesty International William Nee said: "The authorities should call off the political hounding of those suspected to be behind the open letter and release all those detained in connection with it".

"The persecution of family members of dissidents is a draconian and unlawful tactic that makes a mockery of China’s claims to respect the rule of law," he added.

The letter, seen by AFP in a cached form, berated Xi for centralising authority, mishandling the economy and tightening ideological controls.

Media criticism of top leaders is almost unknown in China, where the press is strictly controlled by the ruling Communist Party.

"Due to your gathering of all power into your own hands... we are now facing unprecedented problems and crises in the politics, economics, ideology, and culture," it said.

The BBC on Friday cited sources as saying a total of 20 people have been detained in connection with the document.

Wen said his father had earlier told him that officials in Guangdong believed he had "helped spread" the letter and his brother would lose his job if he did not reveal its source.

"I believe the disappearance of my parents and brother is directly connected to this," he said.

Chinese journalist Jia Jia was detained at Beijing's main airport ahead of a flight to Hong Kong last week, with rights groups linking his detention to an official probe into the letter.

Lawyer Yan Xin told AFP that Jia had been released on Friday evening, without giving details.