The 1950-1953 Korean war resulted in a split between the north and the south, which split millions of family members apart. 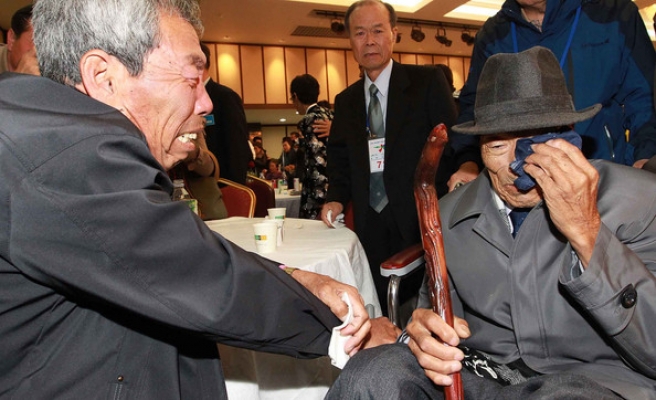 After numerous cancellations in the past, including rumors of a much anticipated cancellation again, some 82 elderly South Koreans have been allowed into North Korea for the first state-organized family reunion in three years.

It was the first time the group, with an average age of 84, were able to see their relatives in decades since the 1950-1953 Korean war resulted in a split between the north and the south, which split millions of family members apart.

Although selected groups have been allowed to visit relatives on a number of occasions since the year 2000, the program was suspended in 2010 following a border dispute between the two nations. It was due to restart in September, but was once again cancelled due to further strains in the relationship between the two neighbors. After being rescheduled for February, another cancellation was expected after the North expressed concerns over a planned joint military drill between South Korea and the US.

There has been a long waiting list of 71,000 applicants wanting one last chance to see their family members again, but only a few are selected, with no knowledge as to whether their counterparts are still alive due to limited communications between the two countries. Last year, about 3,800 South Korean applicants for reunions died without ever seeing their relatives again.