Father and son turned away from Muslim free gun range 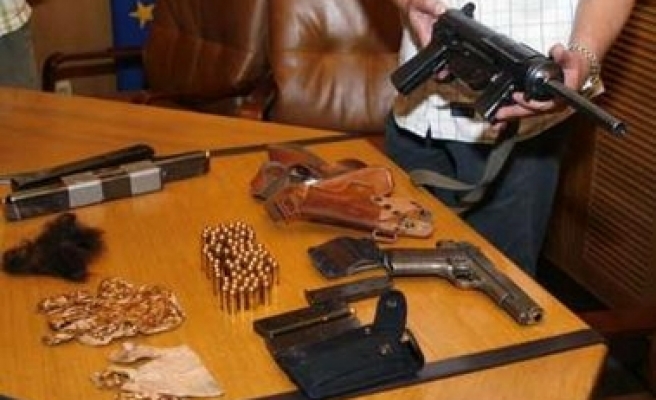 A father and son were turned away from a gun range in Arkansas as its owners declared that the range was a "Muslim-free" zone - the father and son who are not Muslim but ethnic Indians who have brown skin, were required to fill out paperwork asking them questions regarding their ethnicity andn religion. The incident took place at the Gun Cave Indoor Firing Range in Hot Springs.

Jan Morgan who is the owner of the facility said that since taking the decision - in the interest of public safety" - her business has boomed and now has a dedicated Facebook page with 125,000 followers. The page posts articles as well as lists that have "verses from the Koran that Islam is....evil".
The father and son, who are Hindu, claimed that they were kicked out of the premises for being brown - the man in a tweet said, “My dad and I just got kicked out of a Muslim-free gun range. I'm not Muslim, I'm just brown.”

The Council on American-Islamic Relations (CAIR) has written to the Attorney General Eric Holder and have accused Ms Morgan of breaking constitutional laws forbidding racial and religious discrimination. The Justice Department declined to comment but the American Civil Liberties Union of Arkansas told Fox News it was “more than happy” to proceed with legal action against Ms Morgan if the father and son wished to press charges.