Fears of spreading violence across Myanmar 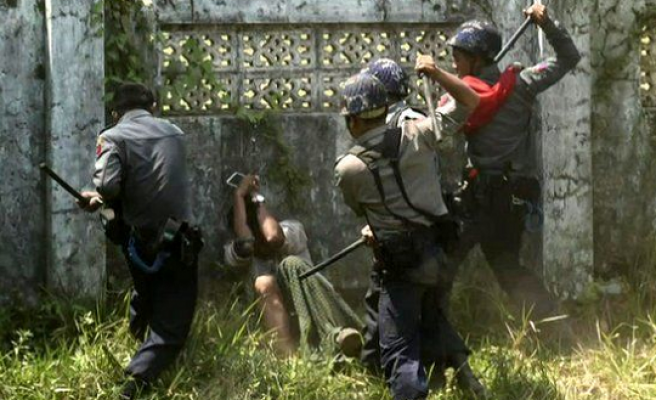 Maung Maung Cho was surprised when his elderly parents told him they had moved from their cashew farm to a nearby village because they feared repercussions from recent violence in against Rohingya Muslims in the western state of Rakhine.

“I told them they don’t need to do that as I know my mom and dad love the farm so much,” the middle-age tour operator told Anadolu Agency.

His parents live in the Irrawaddy delta that feeds into the Andaman Sea and their concerns reflect fears that the anti-Muslim violence in Rakhine could spread across the country.

Muang added: “They told me they will be safe in village as people are patrolling at night-time.”

Since Aug. 25, when the military launched a fresh wave of security operations against Rohingya civilians in Rakhine, more than 400,000 have been forced to flee across the border to Bangladesh.

Many refugees have reported mass killings carried out by the security forces and Buddhist mobs, as well as widespread looting and the burning of Rohingya villages. Bangladesh has said around 3,000 Rohingya have been killed.

Earlier this month, the Burma Human Rights Network reported on widespread persecution of Muslims of all ethnicities across the country. This could be seen in the closure of mosques, the denial of identity papers and even the creation of “Muslim-free zones”.

There are thought to be around 2.35 million Muslims in Myanmar, based on figures from a 2014 census.

This includes 1.2 million in Rakhine before the latest exodus and would account for around 4 percent of the total population. However, many believe the real figure is closer to 10 percent.

As well as his parents, Maung said many students had returned to his village from the regional capital Pathein as anonymous warnings about violence between Buddhists and Muslims spread via social media and text message.