Bainimarama formed the first post-coup democratically elected government after taking 60 percent of the vote in the 2014 general election, and has continued to lead public opinion polls since then. 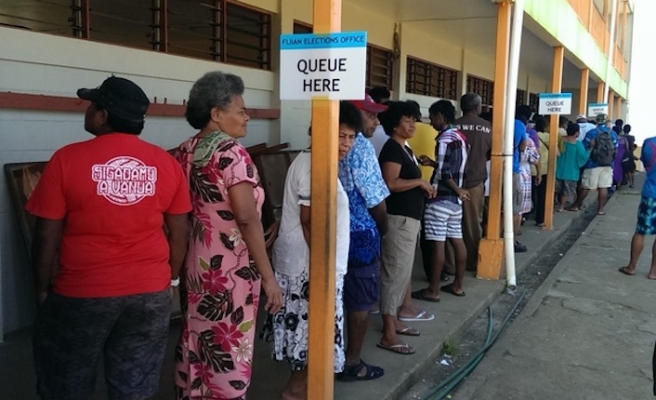 Fiji will go to the polls on November 14, Prime Minister Voreqe Bainimarama announced Sunday, for what will be only the second general election since his bloodless coup in 2006.

He made the announcement after meeting President Jioji Konrote, within hours of his return from the United Nations General Assembly in New York.

"His excellency the president of the Republic of Fiji, on the advice of the Honourable Prime Minister, has dissolved parliament on 30 September 2018," the South Pacific island's government said in a statement.

His closest challenger, Social Democratic Liberal Party leader and 1987 coup instigator Sitiveni Rabuka, was charged in June with making a false declaration of assets, income and liabilities under the Political Parties Registration Act. He is due to go on trial in mid-October.

Bainimarama seized power in 2006 vowing to stamp out corruption and end racial divisions between indigenous Fijians and ethnic Indians, who are descended from sugar plantation labourers shipped in by the British during the colonial era.

His authoritarian regime did bring stability and in the process rewrote the  constitution, giving Indian Fijians who make up 40 percent of the 900,000 population equal status with indigenous Fijians.

Fiji experienced four coups between 1987 and 2006, three of them influenced by the military.

However, chief of staff Colonel Jone Kalouniwai told local news media earlier this year the military had learned from its mistakes and would accept the outcome of the elections.

According to the electoral office, a record 634,120 Fijians have enrolled to vote on November 14 and seven political parties have been registered to contest the elections.