Five of the opposition parties that stood in the election signed a letter alleging fraud and corruption, but Electoral Commission Chairman Chen Bunn Young dismissed them 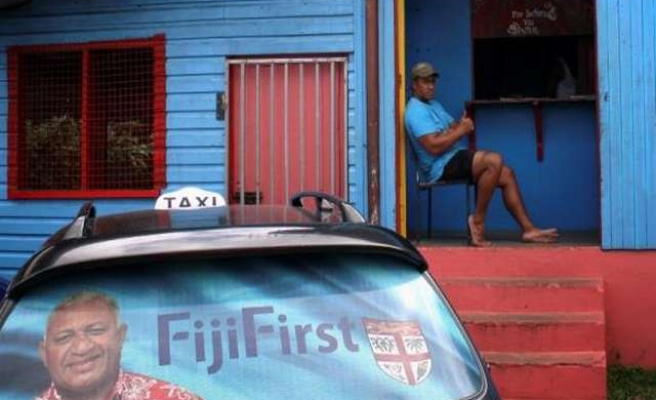 Fiji's former military ruler was sworn in as prime minister on Monday after winning 60 percent of the vote in the South Pacific nation's first elections since he seized power eight years ago.

Fiji, a tropical archipelago about 3,200 km (2,000 miles) east of Australia, has suffered four coups since 1987, the latest in 2006 led by former army chief Voreqe "Frank" Bainimarama, whose Fiji First Party will hold a wide majority 32 of the 50 seats in the new parliament.

Wednesday's election was broadly praised by a 92-member international observer group, despite opposition accusations of fraud and allegations the regime had used its control of state media to boost Bainimarama's campaign and ignore opponents.

"I will serve the country as the prime minister of all Fijians," Bainimarama told Reuters following a swearing-in ceremony at Government House in the capital, Suva.

The election has been closely watched by neighbours Australia and New Zealand, the region's economic and diplomatic power houses, eager to welcome the country back to the fold of normal relations after eight years of isolation.

In 2000, ethnic Fijians held the first Indo-Fijian prime minister hostage in parliament for 56 days, in a coup that began with deadly riots in the streets of Suva.

Five of the opposition parties that stood in the election signed a letter alleging fraud and corruption, but Electoral Commission Chairman Chen Bunn Young dismissed them, saying the complaints had caused "national angst".

"Your unfounded allegations have caused damage to the reputation of the Fijian Elections Office and dampened the spirit of thousands of dedicated workers whose dedication and commitment enabled this election to take place," Young told reporters on Sunday night.

The 50-seat parliament will be rounded out with 15 members of the SODELPA Party and three seats for the National Federation Party.