Firms urged to pay into fund for Bangladesh factory victims

The Clean Clothes Campaign (CCC), an Amsterdam-based group lobbying for better conditions in the garment industry, demanded that all 27 brands linked to factories in the Rana Plaza complex should contribute by the first anniversary of the collapse. 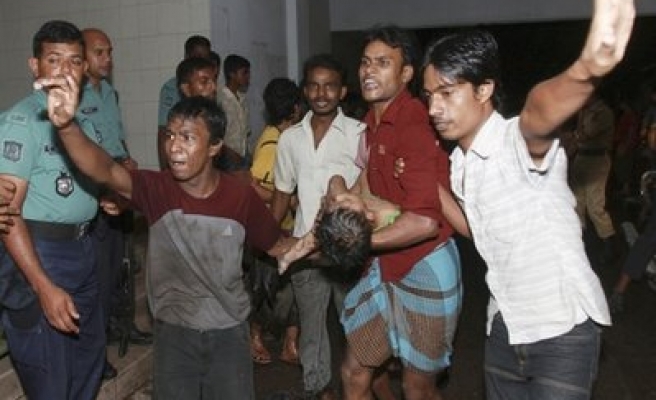 Campaigners are urging all 27 clothing brands linked to a collapsed Bangladeshi factory that killed more than 1,100 people to pay into a compensation fund by the anniversary of the disaster in April.

The disaster has galvanised most of the clothing industry's big names to work together to improve safety standards but many brands have shunned a fund that is trying to raise $40 million for families of the dead and over 2,000 injured.

The Clean Clothes Campaign (CCC), an Amsterdam-based group lobbying for better conditions in the garment industry, on Monday demanded that all 27 brands linked to factories in the Rana Plaza complex should contribute by the first anniversary of the collapse.

"Compensation efforts to date have been completely haphazard, unequal, unpredictable and non-transparent, and have left large groups of victims with nothing," Ineke Zeldenrust of the CCC said in a statement.

The CCC said the only brands to have committed to pay into the fund so far are Loblaw, Mascot of Denmark and Spanish chains El Corte Ingles, Mango and Zara-owner Inditex.

About 3.6 million of Bangladesh's 155 million people work in the clothing industry, making it the world's second-largest garments exporter behind China. Around 60 percent of garment exports go to Europe and 23 percent to the United States.

Some of the brands supplied from Rana Plaza have said they will not contribute as their production was outsourced to the factory without their knowledge, or ended some time ago, while others say they prefer to pursue their own compensation plans.

IndustriALL, a global trade union that has helped coordinate the compensation fund to be run by the International Labour Organisation (ILO), called on consumers to bombard their favourite brands with messages to get more to pay up.

"It is time to name, shame and campaign. On April 24, one year will have passed since the horror of Rana Plaza. No more excuses," IndustriALL assistant general secretary Monika Kemperle said in a statement.