China has detained five rigths activists ahead of the 25th anniversary of China's crackdown on the demonstrations around Tiananmen Square in Beijing on June 4, 1989. 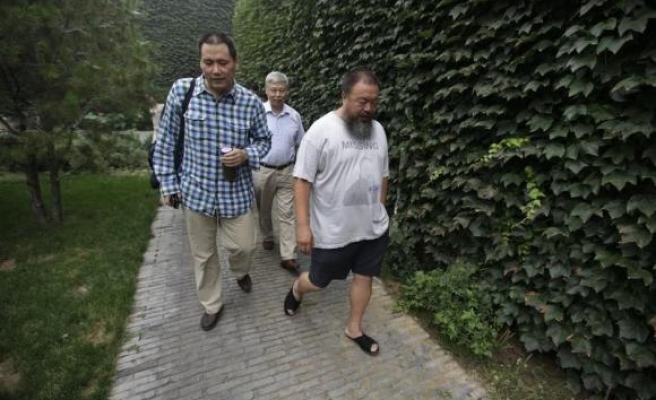 China on Tuesday detained five rights activists, three lawyers and a rights group said, after they attended a weekend meeting that called for a probe into the suppression of pro-democracy protests in Tiananmen Square in 1989.

Among those held was Pu Zhiqiang, a prominent free-speech lawyer, who has represented many dissidents, including artist Ai Weiwei and an activist of the "New Citizens' Movement", a group that urges Chinese leaders to disclose their assets. He was detained on a charge of "causing a disturbance", two lawyers said.

He has also opposed the system of forced labour camps, which the government has abolished, and featured prominently in state media for that campaign - unusual for a government critic.

Also detained were dissident Liu Di and Xu Youyu, a professor with the Chinese Academy of Social Sciences, a government think-tank, rights lawyer Shang Baojun said, citing conversations he had with family members of Liu and Xu.

Shang said he did not know what charge Liu and Xu would face as the families have not received their detention notices.

The detentions raised the stakes in a crackdown on dissent and underscored the sensitivity of Chinese leaders to criticism ahead of the 25th anniversary of the crushing of demonstrations around Tiananmen Square in Beijing on June 4, 1989.

"Pu is very influential and has a following in the mainstream audience," said Maya Wang of the New York-based advocacy group Human Rights Watch.

"The detention, as in previous years' house arrest, is meant to, first, put him out of action during this period, but more importantly, it might be a message to deter any others from commemorating the massacre during this important anniversary."

The weekend meeting marked the 1989 crackdown and sought to "explore its implications and consequences and call for an investigation into the truth of June 4", said activist Hua Ze.

In Pu's detention notice, Beijing police said they had "criminally detained" him on a charge of "causing a disturbance" and were holding him at the Beijing No.1 Detention Centre.

Beijing police and detention centre officials declined to comment. Foreign Ministry spokeswoman Hua Chunying told a news briefing she was "not familiar with the situation".

On Weibo, China's version of Twitter, the detentions were condemned by hundreds of supporters, which government censors did not appear to be removing immediately.

"This is another heavy slap to anyone who harbours any illusions of the so-called 'new Xi-Li governance'," one microblogger wrote, referring to President Xi Jinping and Premier Li Keqiang, in office since last year.

"As long as you express dissatisfaction with the government's actions, it can be packaged as 'causing a disturbance'," wrote another.

For the ruling Communist Party, the 1989 demonstrations that clogged Tiananmen Square in Beijing and spread to other cities remain taboo, particularly on their 25th anniversary.

The anniversary of the date on which troops shot their way into central Beijing in 1989 has never been publicly marked in mainland China, though every year there are commemorations in Hong Kong.

Xi's administration has intensified pressure on dissent, detaining and jailing activists, clamping down on Internet critics and tightening curbs on journalists in what rights groups call the worst suppression of free expression in recent years.

Pu, who participated in the 1989 pro-democracy movement, had vowed to return to Tiananmen Square every anniversary.

"For me these visits have also aroused guilt feelings," he wrote in a 2006 essay for the New York Review of Books.

"The government's pressures to forget June Fourth have caused the day slowly to erode in public memory: each year the Tiananmen Mothers seem more isolated, and the massacre seems more a topic to be avoided in daily conversation.

"Our Tiananmen generation is now in middle age; we are in positions where we can make a difference. Do we not want to?"