Unknown assailants have killed five Chinese policemen, with 40 people being attacked in a coal mine 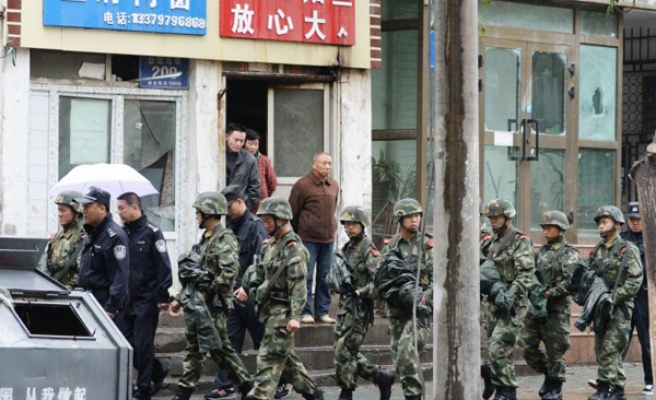 A group of unidentified assailants launched an attack on the coal mine Sogan in Aksu, the northwestern province of Xinjiang.

According to authorities, the authors are ethnic Uyghur - Muslim and Turkic-speaking Xinjiang has long been at the center of a bitter campaign of control and repression by the central government, which for decades has been promoting the immigration of  Han Chinese (the majority in the country) to make the ethnic group a minority.

According to initial reports of the attack, provided by Radio Free Asia, there are about 40 victims: among them at least five policemen, several security guards and members of the management of the mine (all han). The attack began at 3 am on 18 September. Jamal eysa, security chief in a mine close to the area of ​​the clashes, says: "It all started at the security entrance, usually patrolled by about 20 guards."

According to the official, "the residence of the owner was the second target of the attack, while the police station was attacked last. I received a call from the mayor of Bay, about 20 kilometers away, calling for protection in view of another potential attack”.

The incident happened last Friday at the Sogan colliery in Aksu, the report said, citing police from the area. Dozens were also injured, it said.

The attack was "a long-planned, well-prepared, large-scale attack by separatists against police officers and mine owners at a coal field in our county", according to a government notice cited by Radio Free Asia.

Repeated calls to the Xinjiang government and public security departments were not answered. Such incidents are frequently reported in overseas media but not confirmed by the Chinese government until days later, if ever.

In June, Radio Free Asia said at least 18 people died when ethnic Uighurs attacked police with knives and bombs at a traffic checkpoint in the old Silk Road city of Kashgar.

The government has never confirmed that incident, although diplomats have told Reuters they believe a serious attack did take place.

Tensions between Muslim Uighurs that call the region home and the majority Han Chinese have resulted in bloodshed in recent years. Hundreds have been killed in violence across the region, blamed by Beijing on militants.