In a separate narcotics operation, Afghan forces seized about three tons of drugs and a number of weapons in the Helmand and Kandahar provinces in southern Afghanistan. 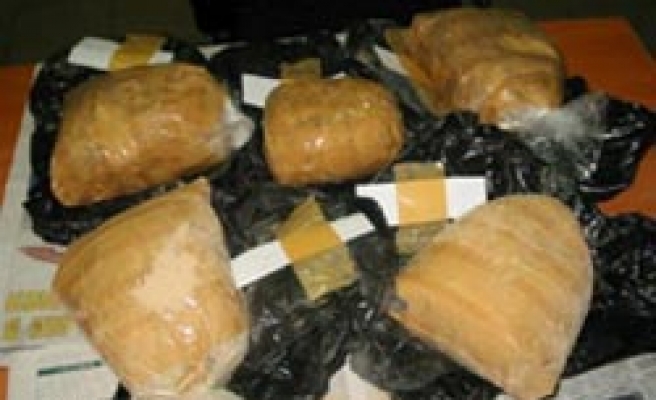 Abdulzai said Afghan forces demolished 28 barrels of opium ready for processing, 22 casks of heroin processing acid were spilled out following the ambush and five suspects were arrested and four guns were seized.

In a separate narcotics operation, Afghan forces seized about three tons of drugs and a number of weapons in the Helmand and Kandahar provinces in southern Afghanistan.

Eight suspected smugglers have been taken into custody for further investigation. Four AK-47 guns, one satellite phone and a vehicle have been confiscated, it also said in the statement.

The Taliban former stronghold of Helmand province, and the adjoining province of Kandahar where militants are active, are areas where the majority of Afghanistan narcotics are produced.

Additionally, Afghan forces killed a Taliban commander along with his four companions smuggling drugs and weapons in the western Herat province on Sunday. According to officials, the current insurgency and conflicts are the main reason for poppy cultivation and the drug trade. Drug trafficking are key financial and operational sources for the Taliban`s war machine in Afghanistan.

The majority of poppy farm lands are located in security fragile areas, which are controlled by the Taliban or at least are out of the range of power of the Afghan government. Although the Afghan government has been struggling to eliminate illegal poppy cultivation and replace it with legal crops, the country tops the world with producing 90 percent of the world's illegal opium.

According to Afghanistan's law, the smuggling of over 10 kg of narcotics can result in a conviction of capital punishment.