"This is an extremely unfortunate incident. If Pakistan wants to have better relations with India this is not the way," Indian junior home minister R.P.N. Singh said outside parliament in New Delhi. 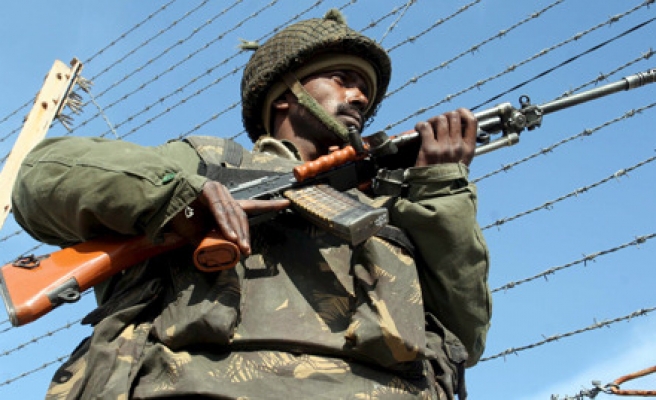 Five Indian soldiers were killed in an attack along the disputed border with Pakistan in the Kashmir region, a senior Indian official said on Tuesday, in an attack that comes as the two countries were moving toward resming stalled peace talks.

The talks were called off in January following an attack on the border in which one Indian soldier was decapitated.

"Was briefed early this morning about news that 5 of our soldiers had been killed on the LOC. My heartfelt condolences to their next of kin," Jammu and Kashmir Chief Minister Omar Abdullah said in a Tweet, referring to the Line of Control dividing the two countries in the Himalayan region.

Indian media said the latest incident was an attack on an Indian military post.

It comes as the nuclear-armed rivals have been edging closer to restarting peace talks. Pakistan has proposed dates for resuming the talks, and India has been preparing a response.

"This is an extremely unfortunate incident. If Pakistan wants to have better relations with India this is not the way," Indian junior home minister R.P.N. Singh said outside parliament in New Delhi.

A lasting peace between Pakistan and India, which have fought three wars since both gained independence in 1947, has long proved elusive. With many fearing an upsurge in conflict in Afghanistan after Western forces pull out next year, it is even more important for India and Pakistan to ratchet down tension, according to some analysts.

Officials on both sides have said there may be a meeting between Prime Minister Nawaz Sharif - who made better ties with India a theme in his election campaign in May - and his Indian counterpart, Manmohan Singh, on the sidelines of the U.N. General Assembly in New York in September.

India charges that Pakistan arms and harbours militants in Kashmir, the Muslim-majority territory claimed by both nations, and pushes them across the 740-km (460-mile) de facto border.

Pakistani security officials denied any involvement on Tuesday in the deaths of Indian soldiers on the disputed and heavily militarised border in Kashmir.

"There was no indiscriminate firing from our side," one security official told Reuters.

Another official, who also spoke on condition of anonymity because he was not authorised to speak to reporters, denied there had been an exchange of fire on the border between the nuclear powers. "There was no such incident

There has been a spate of unusually deadly attacks on Indian security forces in Kashmir this year. Around 25 insurgents have been killed by India's armed forces in the past month, according to Indian officials, an unusually high number.