The Rohingya refugee crisis is worsening daily as new arrivals from Myanmar join more than 410,000 from the Muslim minority who have fled to Bangladesh since late August, overwhelming camps short of food, water and shelter. 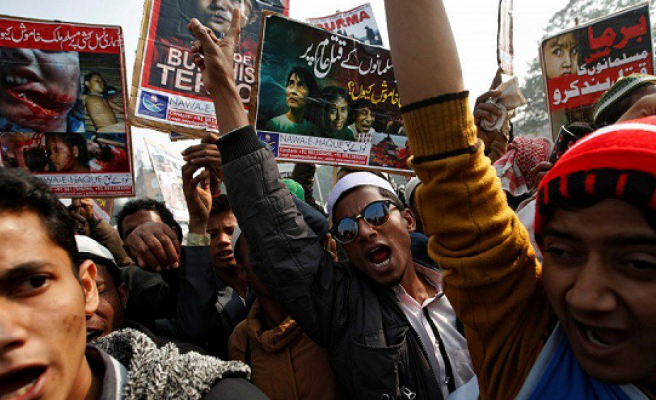 Here are five key dates in the crisis so far:

The Myanmar army hits back fast and hard with "clearance operations" in Rohingya villages. It says it is trying to flush out insurgents from the Arakan Rohingya Salvation Army.

But witnesses tell of Rohingya civilians being massacred in retaliation, with mortars and machine guns fired at villagers fleeing to the Bangladesh border.

The crackdown sparks an exodus from Rohingya villages, which are soon burning so fiercely the flames and smoke are visible from Bangladesh.

Sept 5 - Refugee storm hits Bangladesh
Within 11 days of the attacks, more than 120,000 Rohingya have flooded into Bangladesh, overwhelming the handful of ill-equipped refugee camps around Cox's Bazar.

Many arrive desperate for food and water after walking for more than a week over hills and through dense jungle. Some need urgent treatment for bullet wounds and machete gashes.

Bangladesh already houses at least 300,000 Rohingya in camps near the border. The fresh influx creates a dire shortage of food, clean water and shelter.

In her first comments since the August 25 attacks, Suu Kyi says fake news is "calculated to create a lot of problems between different communities" and to promote "the interest of the terrorists".

Rights groups warn of a final push by the army and Buddhist mobs to drive the stateless Rohingya from Myanmar for good.

Sept 16 - Rohingya exodus tops 400,000
The UN declares that more than 400,000 refugees have arrived in Bangladesh since August 25 -- more than a third of the total Rohingya population of 1.1 million living in Rakhine.

Conditions at the camps become unbearable as numbers swell to breaking point. Women and children are badly injured in stampedes for food, water and clothes as aid agencies warn the crisis risks getting out of control.

Bangladesh Prime Minister Sheikh Hasina departs for the UN to plead for global help in coping with the Rohingya deluge.