Five heads of states are to meet on the legal status and possibility of the division the of the Caspian Sea. 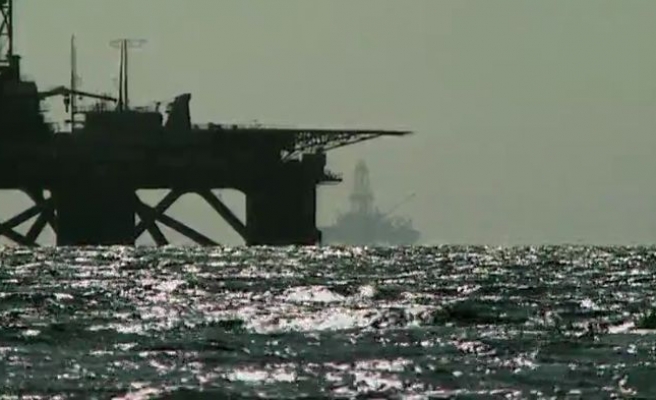 In the late 20th century, the Caspian Sea was divided between the USSR and Iran but a good number of states began to discuss the division of the sea soon after the Soviet Union’s collapse in 1991.

They haven’t come to terms with the legal status of Caspian Sea up to the present day, besause of their military and geopolitical interests, and disagreements on how to share petrol and gas resources, in which Caspian Sea is rich.

These five states have reached a certain agreement for cooperation about protecting and taking advantage of the environment - such as animals and plants - of the Caspian Sea.

But there still isn’t any answer to the questions of whether the Caspian Sea is a “sea” or a “lake.”

The following questions also need to be answered: How can the borders be determined – including for the sea bed and surface waters - of each claimant state? Which of them will use the gas and petrol resources and why? What type of pipeline system will be used and how?

WHO WANTS WHAT IN THE CASPIAN SEA?

All states that border the Caspian Sea except for Iran and Turkmenistan - Russia, Azerbaijan and Kazakhstan - have agreed about the divison of the sea bed. However, Moscow wants the surface of sea to be divided as national regions.

Russia proposes that each country in the region should have its territorial waters up to 25 miles from the coast, and that the rest of the Caspian – the central area of sea - be shared by the five countries. Moscow refuses the entire Caspian's division by the five states because sharing the Caspian by bordered contries means, for its part, not being able to ship freely, as well as the disappearing of its links with its neighbor Iran.

Russia argues that the Caspian Sea is a lake, not a sea, and insists all of the Caspian littoral states have the right to speak about the trans-Caspian gas-pipline. However, Azerbaijan, Turkmenistan and Kazakhstan object to this project.

It's stated that Russia aims to prevent Turkmenistan's gas to European markets via the Caspian Sea because of the potentially competitive nature of Turkmen gas.

Iran wants the bottom and surface of sea to be shared in five equal parts between littoral states so that it will have more territorial waters and natural gas resources in the Caspian Sea. Iran also had a disagreement with Azerbaijan regarding the Alev natural gas reserve, which has not been exploited yet, as it is on the possible border that Iran wants to broaden back to the way it was during the Soviet period.

Another disagreement between Azerbaijan and Turkmenistan is over the Kepez natural gas resources. Turkmenistan not only defends the idea for division of the Caspian but also the joint management of it, if it's needed. Turkmenistan also claims that it is the rightful owner of the Kepez reserve.

Turkmenistan, just as Iran, wants the Caspian to be shared equally by littoral states but Azerbaijan, Kazakhstan and particularly Russia disagree with it.

On all occasions, Kazakhstan and Azerbaijan suggest that the Caspian Sea should be shared by littoral states proportionally.

Kazakhstan says that the Caspian is an inland sea and division of it must follow UN conventions. The Astana government wants the sea bed to be divided by five equally and that each state be given the right to exploit its share freely, but the surface of sea must be used jointly.

Azerbaijan, on the other hand, wants each country to have full authority over its region, divided into national sectors based on the “central line principle”. It's already included in Azerbaijan's constitution that the Caspian's Azeri side belongs to Azerbaijan.