Flood waters threatened to engulf two towns in southern Pakistan, a month after the disaster began. 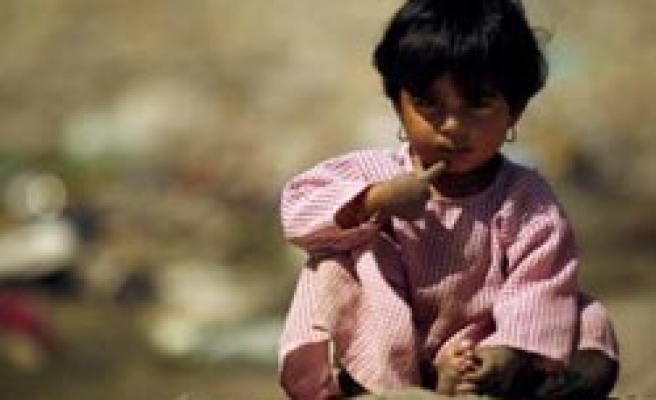 Flood waters threatened to engulf two towns in southern Pakistan on Saturday, a month after the disaster began, as the United Nations warned that tens of thousands of children risked death from malnutrition.

The floods are Pakistan's worst-ever natural disaster in terms of the amount of damage and the number of people affected, with more than six million people forced from their homes, about a million of them in the last few days as the water flows south.

The disaster has killed about 1,600 people, inflicted billions of dollars of damage to homes, infrastructure and the vital agriculture sector and stirred anger against the U.S.-backed government which has struggled to cope.

Floodwaters are beginning to recede across most of the country as the water flows downstream, but high tides in the Arabian Sea meant they still posed a threat to towns in Sindh province such as Thatta, 70 km (45 miles) east of Karachi.

Water had broken the banks of the Indus near Thatta and also broken out of a feeder canal running off the river, compounding the danger, Riaz Ahmed Soomro, relief commissioner in the southern province of Sindh, told Reuters.

"The water has not reached the town up to now but it is approaching," Soomro said.

Tens of thousands of people have poured out of the delta town, which normally has a population of about 300,000, after authorities told people to leave.

The floods began in late July after torrential monsoon downpours over the upper Indus basin.

The death toll was expected to rise significantly as more bodies of many missing people were found, the disaster management authority said.

Even before the floods, Pakistan's economy was fragile. Growth, forecast at 4.5 percent this fiscal year, is now predicted at anything between zero and 3 percent.

The floods have damaged at least 3.2 million hectares (7.9 million acres) -- about 14 percent of Pakistan's entire cultivated land -- according to the United Nation's food agency.

The total cost in crop damages is believed to be about 245 billion rupees ($2.86 billion.)

Authorities have been battling for days to save the town of Shahdadkot in northern Sindh's rice-growing belt, raising an embankment several kilometres long as the water has crept higher.

The United Nations said aid workers were becoming increasingly worried about disease and hunger, especially among children in areas where even before the disaster, acute malnutrition was high.

"We fear the deadly synergy of waterborne diseases, including diarrhoea, dehydration and malnutrition," senior UNICEF official Karen Allen said in a statement.

U.N. humanitarian coordinator Martin Mogwanja said the international response to the disaster must be more assertive.

"If nothing is done, an estimated 72,000 children, currently affected by severe malnutrition in the flood-affected areas, are at high risk of death," he said.

The floods are another huge problem for a government which came to power after the 2008 election, restoring civilian rule after nearly a decade.

As well as grappling with economic problems, the government has been struggling to stop Islamist militant violence.

Early on Saturday, militants being questioned at a security agency building in the northwestern city of Peshawar overpowered two guards and took them hostage, a military spokesman said.

Peshawar, the main city in the northwest where there have been numerous militant attacks, has not been flooded but flash floods caused extensive damage in parts of the northwest.

In the United States, an ally which regards Pakistan as a front-line state in its war against the Taliban in Afghanistan, concern has been growing that Islamist charities linked to militants have increased their involvement in flood-relief efforts, possibly exploiting anger to gain recruits.