Dozens of people were killed and thousands had to be rescued after flash floods triggered by heavy monsoon rains that struck Afghanistan's northeast. 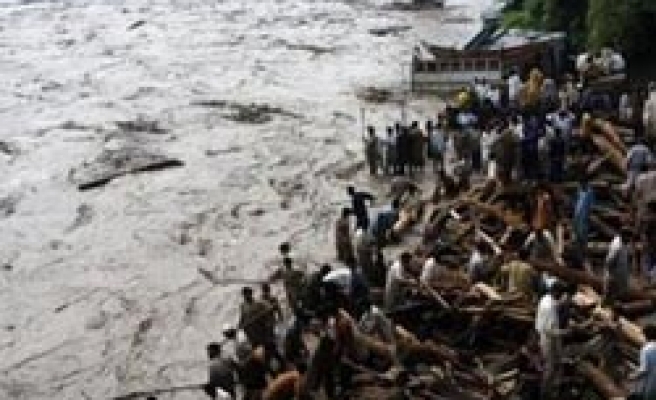 Dozens of people were killed and thousands had to be rescued after flash floods triggered by heavy monsoon rains that struck Afghanistan's northeast, officials said on Saturday.

The rugged and remote area has been hit by the same weather responsible for flooding which killed at least 400 people in neighbouring Pakistan in recent days, causing widespread destruction.

"Some 64 people have been killed and 61 wounded along with hundreds homeless," said Asadullah Ebadi, a spokesman for the country's disaster centre.

Provinces in Afghanistan's east and northeast have been badly affected, Ebadi said.

The NATO-led International Security Assistance Force (ISAF) said in a statement that it worked with Afghanistan's fledgling air force to rescue more the 2,000 Afghans from flooding in Nangahar and Kunar provinces -- in some cases flying into insurgent areas to save people.

"The crews were called out for rescues in Kunar, five miles south of Asadabad. This is a region of conflict, with a history of surface-to-air fire, which is particularly dangerous to helicopter operations," said Lt. Col. Paul Birch, a spokesman for the Combined Air Power Transition Force (CAPTF).

"During the course of the rescue operations, coalition crews displayed many acts of heroism that were awe inspiring," Birch said.

"Lt. Col. Bernard "Jeep" Willi, a CAPTF advisor pilot, held one wheel on the side of a bridge while hovering to allow stranded Afghans to board. Another pilot performed a rescue with his Mi17 submerged to the fuselage, Birch said.