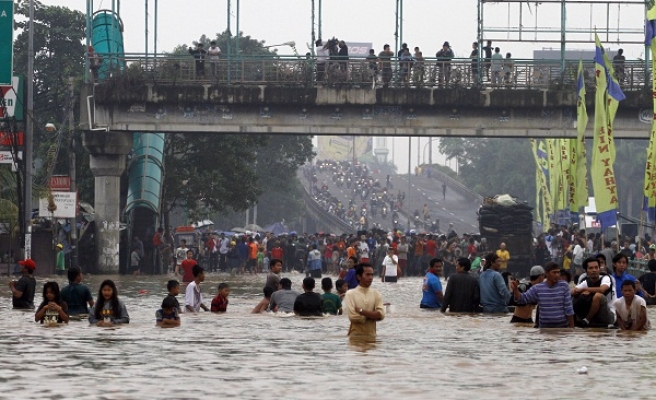 Parts of Indonesia's capital have been paralysed by floods after torrential downpours swamped the city overnight.

The head of the country's Regional Disaster Management Agency, Bambang Surya Putra, told reporters at city hall Monday that many houses had been flooded, but no one had been displaced.

"2,698 families homes were flooded, but residents remained in their homes, usually moving all their possessions to the second floor of their houses," Putra said.

The Southeast Asian country is halfway through a months-long rainy season that typically peak in Jakarta in January.

The agency for Meteorological, Climatological and Geophysics has predicted that the rain will continue for another seven days.