Food crisis as Pakistan in emergency talks over floods / PHOTO 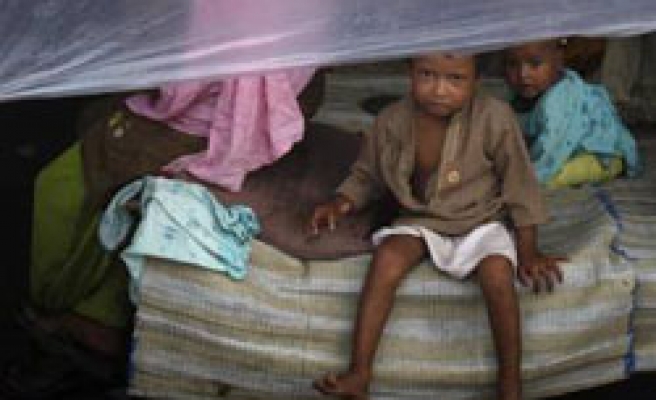 Prime Minister Yousuf Raza Gilani is to chair an emergency cabinet meeting to speed up the relief work and estimate the damage -- expected to run into millions of dollars.

World Food Programme (WFP) spokesman Amjad Jamal said the organisations' workers were urgently trying to reach flood areas in the northwest cut off from food supplies, which a U.N. aid agency said devastated the lives of over 3 million people.

Before the floods hit, a million people were already forced from their homes in the Pakistani northwest because of US-backed offensives against local pro-taliban fighters.

Survivors are living in desperate conditions under open skies or sheltering from heavy rains in mosques without clean drinking water and food.

"We have sent a request to the government and we are getting six helicopters from them and we will be doing air drops to the areas which are cut off," Jamal told Reuters in a telephone interview.

WFP teams in the field since Tuesday may not be able to report their findings until Wednesday night, he said.

"You can imagine for five or six days floods have caused havoc in these areas. People have lost their food stocks. The markets are not up and running. Shops have collapsed. People are definitely in the greatest need of food," he said.

"That's what we fear. The need to rush to those areas which have been cut off for the past week to provide them with life-saving food."

Islamist charities also are rushing to provide aid to the affected areas, boosting their credibility and support among the populace.

Jamaat-ud-Dawa said it was helping with the relief effort, sending in 10 truck-loads of goods and nine medical teams to Khyber Pakhtunkhwa.

A similar dynamic occurred after the 2005 Kashmir eathquake, which killed almost 75,000 people according to official figures.

The flood catastrophe, which started a week ago and has killed more than 1,400 people, is likely to deepen as more rains are expected. A feared breakout of water-borne diseases such as cholera would create a health crisis.

"A lot of agriculture-based activities have gone under water. So people may not be able to harvest or even sow their crops. This is a food crisis," said Jamal.

"This region was already under the highest food insecurity status and the floods have further aggravated the situation."

Pakistani civilians who resettled after being forced to flee fighting in the northwest now face fresh uncertainty after the floods. Some had just gone back, hoping to start a new life.

"People who were already affected by the insurgency are once again hit, by massive flooding," said Jamal.

Anger was growing among disgruntled survivors as Zardari pressed on with a visit to Europe -- including a trip to his family's stately home in the French countryside on Tuesday.

Zardari arrives in London on Wednesday for talks with Prime Minister David Cameron this week, with a row over the British leader's comments accusing Pakistan of supporting "terrorism" top of the agenda.

Some British lawmakers of Pakistani origin pulled out of a planned lunch with the president amid anger that the trip was a waste of scarce money that could be better spent on flood relief.