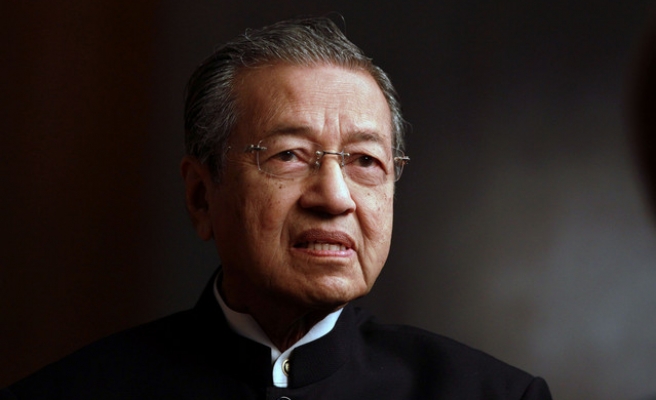 Malaysia's former prime minister Dr. Mahathir Mohamad has resigned from the major ruling United Malays National Organisation (UMNO), claiming that party president and current premier Najib Razak is enable to lead the party for the benefit of all members.

Mohamad, the longest serving premier of the country and the UMNO chief, had been demanding the premier's resignation in relation to a political scandal surrounding a $681 million political donation and debt ridden state wealth fund 1Malaysia Development Bhd (1MDB).

On Monday, the former premier said he is resigning from UMNO due to a deviation in party principles that champion one-man's aspirations and not the overall people.

"Malaysia is going through a bad period where economic growth has slowed down, per capita income has dropped and the Ringgit and stock market are not doing well," he told a packed press conference in administrative capital Putrajaya.

the 90-year-old said he had become frustrated with Razak's ill administration” and stuck to his calls for him to resign.

"I'm giving up on the party under Najib, as he has weakened the party. I am trying to make sure that Najib will not continue to be the prime minister,” he said.

"I love this country, this is my country. This man [Najib] doesn't care about the county, he only cares about himself.

It is the second time Mahathir has resigned from the UMNO.

He first resigned May 2008 to protest the rule of then prime minister Abdullah Ahmad Badawi.

Mohamad later rejoined the party after Razak, his former protége, took the helm.

UMNO was established in 1946 from the Malay-ethnic community.

The party has had seven presidents, with the latest being Razak.

UMNO was instrumental in gaining Malaysia's independence in 1957, and the party has ruled the country ever since.