The Supreme Court ended Sharif's tenure and banned him from holding public office in July following an investigation into corruption allegations against him and his family. 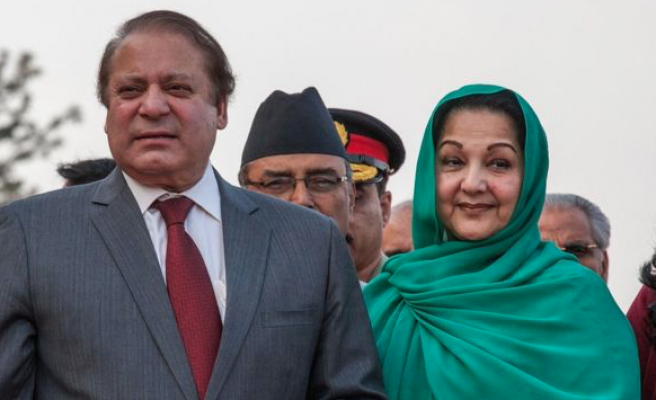 The wife of former Pakistani Prime Minister Nawaz Sharif will contest a parliamentary by-election Sunday after her husband's seat became vacant when he was ousted from office.

Maryam, Sharif's daughter, led the campaign for the seat in Lahore, the family's political stronghold, as her mother, Kalsum, is being treated for throat cancer in London.

The seat has long been controlled by Sharif and his allies, but the by-election is seen as a test of his Pakistan Muslim League Nawaz party's popularity.

The Pakistan Tehreek-i-Insaf (PTI) party, led by former cricketer Imran Khan, who played a key role in Sharif's dismissal, is among opposition parties fielding candidates in the election.

A candidate from the Milli Muslim League, a new political party backed by Jamaat-ut-Dawa (JuD)), which is listed by the United Nations as a terror outfit, is also standing.

Muhammad Yaqub Sheikh is running as an independent candidate because his party has not yet been registered by the Election Commission.

Hafiz Muhammad Saeed, the leader of JuD, who has a US $10 million bounty on his head, is under "preventative detention" but photographs of him appeared on Sheikhs' campaign posters.

JuD is considered by the US and India to be a front for Lashkar-e-Taiba, the militant group blamed for the attack on India's financial capital, Mumbai, that killed more than 160 people.

The Supreme Court on Friday rejected an appeal from Sharif against his disqualification, which made him the 15th premier in Pakistan's 70-year history to be ousted before completing a full term.

The case against the prime minister stemmed from the Panama Papers leak last year, which spurred a media frenzy over the extravagant lifestyles and high-end London property portfolio of the Sharif dynasty.

The Supreme Court has also ordered the country's anti-corruption watchdog, the National Accountability Bureau, to open a criminal case against Sharif, his sons -- Hussain and Hassan -- and his daughter Maryam.

Last month Sharif led legions of supporters from the capital Islamabad to his hometown, Lahore, in a days-long procession that brought thousands into the streets in a show of force.

During the trip Sharif repeatedly blasted the court's actions, saying the decision was an "insult" to Pakistanis.