Chia was imprisoned for 23 years under the Internal Security Act 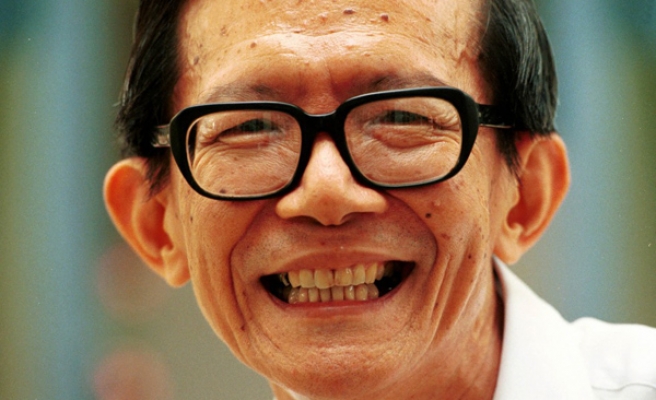 Singapore dissidents said Saturday they had nominated the city state's longest-held political prisoner for the Nobel Peace Prize to highlight his role in the fight for greater political freedom.

In a symbolic announcement nearly seven months after the death for former prime minister Lee Kuan Yew, activists said they hoped the nomination of his old foe Chia Thye Poh would open the door for a reassessment of Singapore's history and the role dissidents played.

Bangkok University professor James Gomez said he nominated Chia in January and had been given confirmation it had been received and registered.

The Nobel selection committee traditionally does not disclose the names of nominees.

However, speculation has mounted that this year's award -- to be announced on October 9 -- could go to German Chancellor Angela Merkel for her leadership during Europe's migrant crisis.

Chia, 74, was arrested for anti-government activities in 1966 under the ruling People's Action Party (PAP) led by Lee, who jailed political opponents during his 31-year rule ending in 1990.

Chia was imprisoned for 23 years under the Internal Security Act (ISA) which allows for detention without trial, and media reports say much of his detention was in solitary confinement.

Chia, a former physics teacher, was released in 1989 and placed under house arrest on the island of Sentosa just off the mainland for nine more years until all restrictions on him were lifted in 1998.

Activists note that Chia's total 32 years in detention was longer than the 27 years' imprisonment suffered by Nelson Mandela, the former South African president who won the Nobel Peace Prize in 1993.

Lee, who died in March this year at the age of 91, had accused Chia and other dissidents of being communists trying to overthrow the government.

Chia, who was never charged with any crime, was not present at the announcement of his nomination.

In his memoirs, Lee described Chia as "a determined man with stubborn if misguided convictions" who had refused to give up even after the collapse of communism worldwide.

"His detention, in spite of Western media pressure, served to discourage other communist cadres from achieving their cause under cover of exercising their democratic rights. They were formidable opponents. We had to be as resolute and unyielding to this contest of wills," Lee wrote.

Activists said the nomination is filled with symbolism.

Chia "has over the years been a source of inspiration for those who have taken the hard road of speaking up for political and other freedoms in Singapore -- a road still fraught with difficulties and challenges," university professor Gomez said in his letter of nomination.

Tan Jee Say, an opposition politician who first mooted the idea of the nomination, said he hoped it will shed fresh light on a chapter in Singapore's history he claimed has been left out in the national narrative.

"We look forward to the day when a balanced history will be written of our past and we hope the nomination of Dr Chia Thye Poh for the Nobel Peace Prize will open a path," he said.