Former top official jailed for life in China over graft

A former economics chief was jailed for life in China for taking bribes worth millions of dollars, state media reported. 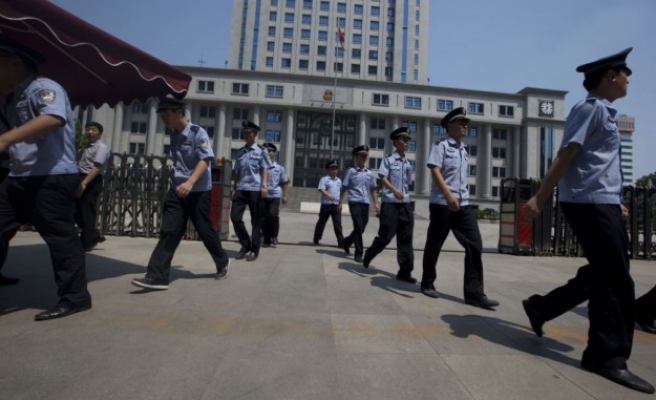 The former deputy head of China's top planning agency was jailed for life on Wednesday over a bribery scandal that exposed graft at the highest levels of China's government, and ensnared several companies including Toyota Motor Corp.

The sentence, handed down by a court just outside of Beijing, capped the downfall of Liu Tienan, who was sacked as deputy head of the National Development and Reform Commission (NDRC) last year, a position that carries ministerial-level status.

Liu was the first ministerial-level official to face an investigation after Xi Jinping became Communist Party head in late 2012 and launched the most aggressive anti-graft campaign China has seen in decades.

Xi has pledged to take down high-ranking "tigers" and low-ranking "flies" in his fight against a pervasive problem he says could threaten the Chinese Communist Party's rule.

Although the number of officials investigated for corruption has increased, the government's campaign has not targeted high-level "princelings", the privileged children of the revolutionary founders of the People's Republic of China.

Analysts are divided on the motivations of Xi's campaign. Some say the drive is seen as a tool to remove Xi's opponents, while others say that it is necessary to weed out people standing in the way of his implementation of economic reforms.

"Corruption is the biggest hindrance to China's reforms," said Zhuang Deshui, the deputy director of the Clean Government Center at Peking University. "In reality, the anti-corruption campaign is the fight against interest groups and to change the present distribution system of power."

Liu's trial has offered a rare glimpse into the amount of power amassed by top officials, especially within the NDRC. The agency sets policy for strategic industries, approves big investments, mergers and acquisitions, and has the authority to influence prices for everything from liquor to gasoline.

The presiding judge in the court of Langfang city in Hebei province said Liu had "violated the integrity of the duties of the nation's workers".

Prosecutors had charged Liu and his son, Liu Decheng, with taking 35.6 million yuan ($5.74 million) in bribes in dealings with various companies.

China's crackdown on graft has extended to large companies such as drugmakers, airlines and makers of medical devices.

Liu, 60, pleaded guilty to extensive bribery involving several companies including a Toyota joint venture in September. The Supreme People's Procuratorate did not respond for comment on whether the companies were being investigated. The firms could not be reached for comment.

State television showed Liu breaking down into tears. He said he has been in "a state of painful remorse" during the past 10 months of investigation. "Every inquiry and every word has, in fact, been like a whip beating my soul," he said.

The government has also launched a series of probes into the energy sector that has brought down senior officials in the National Energy Administration and state-owned China National Petroleum Corporation.

Zhou Yongkang, the most senior leader targeted in a corruption probe since the party took power in 1949, had built a vast network of friends and allies in the energy sector over several decades. Last Saturday, authorities said they had arrested Zhou and expelled him from the party.

In a front-page article on Tuesday, the official People's Court newspaper said "the entire (Supreme People's) Court and the police agree to firmly support the central government's decision into the handling of the Zhou Yongkang case".