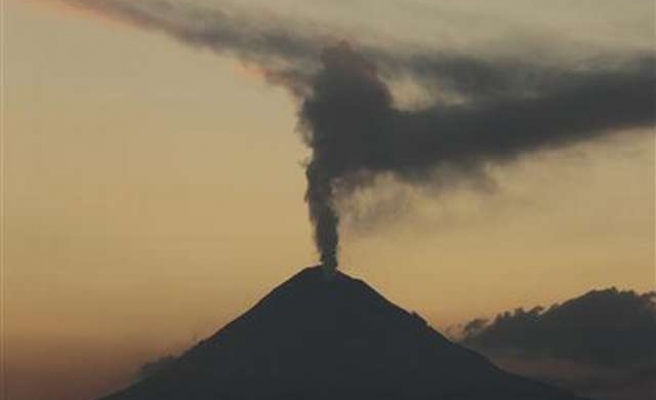 Japanese rescue workers have brought four more bodies down from the summit of a volcano that erupted for the first time in seven years last week, with the official death toll standing at 48, pending identification.

The victims were recovered Saturday when around 930 rescue workers in helicopters and on foot picked up searches that had been interrupted by rainfall the day before, according to a statement released by the administration of Nagano prefecture, one of the central Japanese areas where Mount Ontake lies.

Prefectural officials had said 16 people are officially listed as missing, but it remained to be determined whether the four victims found Saturday were among them.

The Japan Times cited authorities as saying the search area had been widened Saturday with metal detectors being employed in locating any bodies buried under dense layers of ash.

The newspaper had reported that ten of 31 bodies found last weekend were near a spot where toxic smoke billowed from the side and they "could not be rescued," while Nagano reported on its website that around 30 people found on the mountain had suffered lung and heart failure.

With approaching Typhoon Phanfone expected to bring rainfall to the area Sunday through Monday morning, there are concerns rescue efforts could be interrupted again.

The volcano erupted for the first time in seven years at 11:53 a.m. on Saturday, spewing rocks into the air and leaving hundreds of people scrambling for safety and 34 people injured, 12 of them seriously, according to the country's Fire and Disaster Management Agency.

The Yomiuri Shimbun newspaper has reported the prefecture as saying that about 250 people were on its slopes at the time, but by nightfall most had made their way to safety - many reported to be suffering respiratory problems after being covered with volcanic ash.

On Sunday morning, smoke could be seen rising around 300 meters into the air from the volcano's craters and drifting south while tremors continued, according to Japan's Meteorological Agency.

Officials had cautioned those living within 4 kilometers to be wary of falling rocks thrown into the air by the eruption.

Mount Ontake is the second highest volcano in Japan and was thought to be inactive until 1979, when it underwent a series of eruptions. Further eruptions occurred in 1991 and 2007.

Each year, thousands of people climb to the summit to admire its autumn foliage.

Traffic restrictions were imposed in the area Saturday.