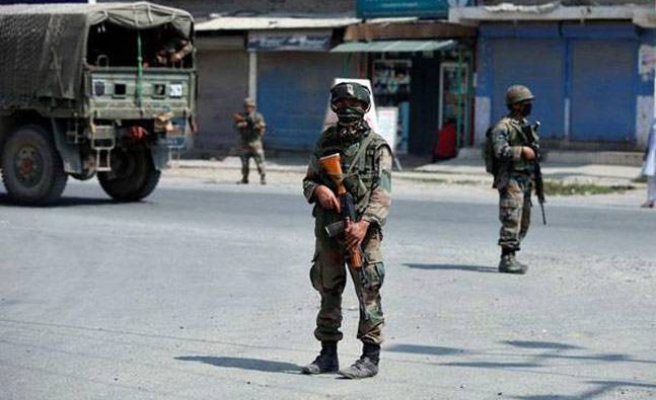 "The gun battle is still on. The slain Airforce personnel were operating with the Army for operational experience and training in that area," Defense spokesperson Col Rajesh Kalia told Anadolu Agency.

According to police officials who spoke on the condition of anonymity, the Indian forces had intelligence input about the presence of around six militants in a village in Hajin and joint forces of the police and Army laid siege around the village around 5 a.m. (23.30GMT)

"The militants opened fire on our forces and killed two Airforce Guard commandos. Two militants were also killed, but we believe 3-4 militants are still in the area," the police official said.

The police official also said that both slain militants were local Kashmiris belonging to the Lashkar-e-Taiba militant outfit.