A curfew had been imposed in Datta Khel, where the attack took place, and soldiers were combing the area around the Spara Gher checkpoint for their missing comrades 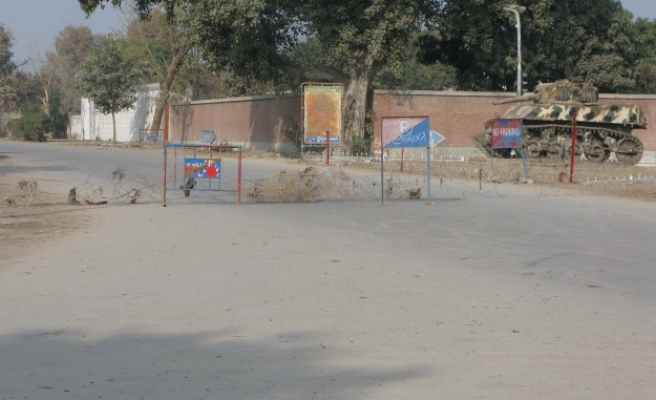 Four Pakistani soldiers were killed and at least eight were missing after insurgents using rockets and grenades stormed a checkpoint overnight in the remote border region of North Waziristan, security sources said on Sunday.

The Pakistani military launched an operation to push the Taliban out of North Waziristan, their key stronghold, in June. Bases there were used by a variety of insurgent groups to stage deadly attacks in both Afghanistan and Pakistan.

Three military sources, who asked not to be identified, said a major was among those killed in the attack. Eleven men were wounded and between eight and 10 were missing, they said.

A curfew had been imposed in Datta Khel, where the attack took place, and soldiers were combing the area around the Spara Gher checkpoint for their missing comrades, the sources said.

The Taliban have captured Pakistani soldiers in the past. Sometimes they have been released or have escaped. In 2012, the group beheaded 17 soldiers and posted a video of the killings on the Internet.

The military launched the North Waziristan operation to flush out the militants on June 15, days after militants mounted a deadly assault on Pakistan's biggest airport.

The offensive followed months of futile attempts to hold peace talks between the new government of Nawaz Sharif and the insurgents.

The military says it has killed around 1,200 insurgents so far and arrested around 300. The area is closed to journalists unless they travel with the military and most of the civilian residents - around a million people - were also ordered to leave their homes until the offensive is over.