The court decision is the latest blow for the utility, which was bailed out with taxpayer funds in 2012 and expects to spend more than $48 billion in compensation alone for the nuclear disaster. 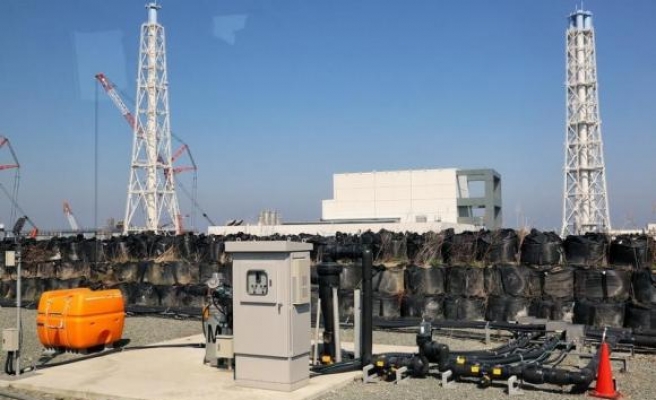 A Japanese court has ruled that Fukushima nuclear operator Tokyo Electric was responsible for a woman's suicide after the March 2011 disaster and must pay compensation, in a landmark ruling that could set a precedent for other claims against the utility.

The civil suit by Mikio Watanabe claimed that Tokyo Electric Power Co Inc (Tepco) was to blame for the July 2011 death of his wife, Hamako, 58, who doused herself in kerosene and set herself on fire after falling into depression.

The district court in Fukushima ruled in favour of Watanabe, a court official told reporters. Kyodo news reported that Tepco was ordered to pay 49 million yen ($472,000) in compensation. Watanabe had sought about 91 million yen in damages.

The court decision is the latest blow for the utility, which was bailed out with taxpayer funds in 2012 and expects to spend more than $48 billion in compensation alone for the nuclear disaster.

The triple nuclear meltdowns forced more than 150,000 people from their homes, about a third of whom remain in temporary housing.

"We would like to deeply apologise again for the disruption and concern that the Fukushima Daiichi accident caused to many people, first and foremost the people of Fukushima," Tepco said in a statement following the verdict.

"We understand that there has been a verdict handed down in this case. We will study the verdict and respond in a sincere way," it added.

"We pray that Hamako Watanabe has found peace."

Tepco has settled a number of suicide-related claims through a government dispute resolution system, but has declined to say how many or give details on how much it has paid.

Watanabe, who had declined to settle out of court, told Reuters after the verdict: "I am satisfied with the decision." He said he believed his wife was satisfied, too.

Toru Takeda, 73, a retired high school teacher from a nearby town, travelled from his temporary home in Yamagata in north Japan to hear the verdict. Takeda has filed a lawsuit against Tepco over his inability to return to his home.

"Our verdict will come next month from the same court, so, of course, we welcome this outcome," he told Reuters.

Tepco's shares and debt, which have been battered in the wake of the Fukushima crisis and prolonged cleanup, have held largely steady in recent weeks and showed little reaction to the verdict. Tepco shares were down 0.5 percent at 383 yen in afternoon trade in Tokyo.