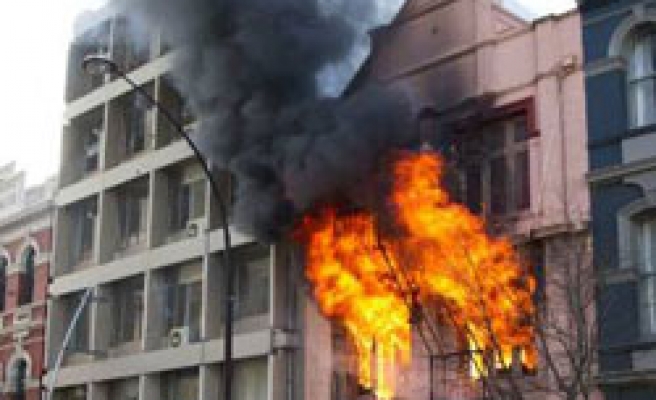 Christchurch and a large surrounding area of rural towns and farms on South Island were struck by the magnitude 7.1 quake early on Saturday morning, bringing down power lines, ripping up roads, smashing water and sewage pipes, and wrecking building facades. There were no deaths and only a few injuries.

Initial estimates for the cost of earthquake damage have been put at around NZ$2 billion ($1.4 billion), but Key said that the Earthquake Commission, a state disaster insurance fund, had sufficient assets to be able to cover claims.

Some of the city's large public facilities including major bridges, the airport, university and a sports stadium which will host games at next year's Rugby World Cup, appeared to have suffered only superficial damage, although detailed engineering studies were still underway.

A state of emergency remained in force throughout the region and the central business district of Christchurch remained shut.

"We've got some tough days ahead of us and I'm not optimistic," Christchurch mayor Bob Parker told Television New Zealand.

"I'd like the central area to be open for business tomorrow, but looking at some of the buildings around here that would be less likely."

All schools in Christchurch and some surrounding area hit by the massive quake are to be closed until at least Wednesday as engineers are making essential structural checks.

Civil Defence Minister John Carter said the United Nations and the United States have offered assistance, but it has been turned down as the country could cope.

Around 500 buildings were etimated to have been damaged, with more than 90 in the centre, the Christchurch City Council said.

Aftershocks, the strongest measuring magnitude 5.1, continued to send lose bricks and masonry crashing into the streets. Winds gusting up to 130 kilometres an hour (80 miles an hour) were also forecast, raising fears that weakened buildings will be further damaged or collapse.

Nearly 300 people displaced from their houses were staying in emergency centres, and around 1,000 had been fed by welfare groups. Power has been restored to 95 percent of the region and water to 80 percent, although water was still not safe to drink because of contamination from broken sewage pipes.

A formal civil defence state of emergency was still in force in the city of around 350,000 allowing authorities to control and coordinate recovery operations in the city.

Prime Minister John Key, who grew up in Christchurch and has a sister living there, said after a tour of the city that the clean up and reconstruction would be a long job.

"At least a year, it's not a short term thing and it's going to take some weeks to present those issues," Key told TVNZ.

It is likely to be the most damaging quake in New Zealand since the northern city of Napier was devastated in 1931.

Christchurch city and the neighbouring small towns bore the full force of the quake, which did considerable damage to infrastructure.

The quake was among the 10 strongest recorded in New Zealand, which sits between the Pacific and Indo-Australian tectonic plates, and records around 14,000 earthquakes a year, of which around 20 top magnitude 5.0.