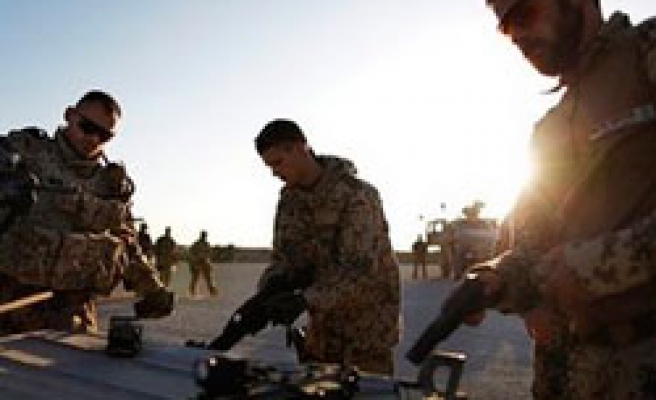 German troops deployed in northern Qunduz province of Afghanistan within scope of International Security Assistance Force (ISAF) since 2012, have handed over the control of military bases in the province to the Afghan security forces.

German troops have handed over a significant load of security responsibilities to Afghan security forces in the area, added the defense minister.

German Foreign Minister Westerwelle also delivered a speech at the ceremony and said Germany would keep supporting Afghanistan even after the withdrawal of their troops, adding civil works would continue in Afghanistan.

A small force of 900 soldiers will be deployed in the German base in Mazar-i Sharif province after the withdrawal. ISAF's duty in the region will end in 2014.