Glorifying militants to be punished in Pakistan province 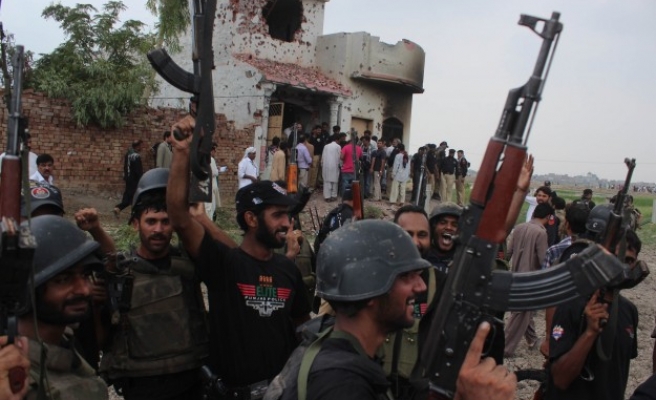 Those found guilty of praising militancy or opposing the military's anti-militant operations could also face a fine of up to 100,000 Pakistani rupees ($1,000), according to an ordinance by the state government of Punjab, where 60 percent of Pakistan's population lives.

The ordinance also bans the manufacturing and sale of police and military uniforms; an attempt to stop the use of security forces uniforms by militants.

Press activism groups have rejected the ordinance, saying it is a move to curb press freedom.

"This is not acceptable to us because it is tantamount to suppressing the media freedom," said Idrees Bakhtiar, president of the Pakistan Federal Union of Journalists. "Media has the right to criticize any unconstitutional move or human rights violations whether committed by the security forces or by any other group. It does not mean supporting or glorifying the militants."

"How will the government determine which report is aimed at supporting militants? What if media criticizes any human rights violations in ongoing military operations, will that be considered glorification of militants or opposition to armed forces?" he said.