Governments pledge won't give up search for Malaysia Airlines jet

The officials have said the new focus will be on 60,000 sq km (24,000 sq mile) of seabed in the Indian Ocean that could take eight months or more to search. 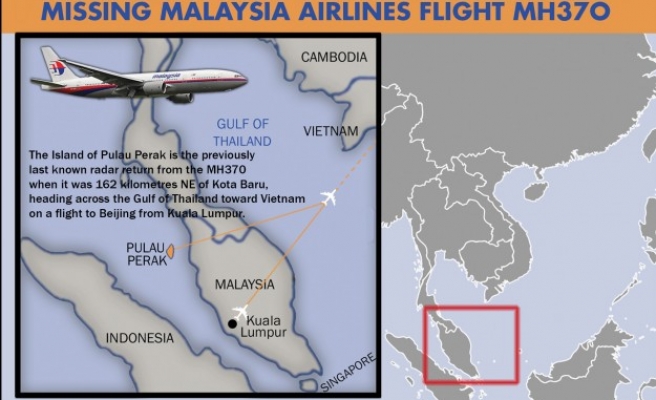 Government officials from Australia, China and Malaysia pledged on Monday not to give up searching for a Malaysia Airlines jetliner that disappeared almost two months ago, despite lingering questions about how to proceed and who will pay.

No trace of Flight MH370 has been found since it vanished on a scheduled service from Kuala Lumpur to Beijing on March 8, despite the most intensive search in commercial aviation history.

A majority of the 239 people on board were Chinese nationals.

Experts have narrowed the search area where the plane is presumed to have crashed to a large arc of the Indian Ocean about 1,600 km (1,000 miles) northwest of the west Australian city of Perth.

But after weeks of scouring millions of square kilometres without finding any sign of debris, Australian authorities have called off the air and surface search.

A new search phase costing around A$60 million ($55.58 million) will begin after existing visual and sonar search data is analysed and a contractor is found to lease the sophisticated equipment needed, the officials said after meeting in Canberra.

Financial responsibility is a major focus of the talks and Australian Deputy Prime Minister Warren Truss seemed to open the door to Boeing, which produced the 777-200ER jet, and engine maker Rolls Royce, to contribute financially.

"They also have a vested interested in what happened on MH370 so they can be confident about the quality of their product, or take remedial action if there was some part of the aircraft that contributed to this accident," he told reporters.

"So, I think we will be looking for increasing involvement from the manufacturers, and their host countries."

Last week, Malaysia released its most comprehensive account yet of what happened to Flight MH370, detailing the route the plane probably took as it veered off course and the confusion that followed.

The officials have said the new focus will be on 60,000 sq km (24,000 sq mile) of seabed in the Indian Ocean that could take eight months or more to search.

U.S. President Barack Obama had publicly promised to commit more assets, but government sources say the United States is keen to begin passing on the costs of providing the expensive sonar equipment the officials say they are trying to source.

The United States said over the weekend that it would only contribute its sophisticated Bluefin-21 underwater drone for one more month, placing pressure on Australia, China and Malaysia to find funding for the next phase of the search.

"At the request of the Australian Government, the U.S. Navy will continue supporting the MH370 sub-surface search effort with the Bluefin-21 side scan sonar for approximately 4 more weeks," U.S. Navy Commander William Marks of the 7th Fleet said.

For now the search is on hold as the Ocean Shield, an Australian naval vessel carrying the drone, resupplies and conducts maintenance at a military base in Western Australia.

The officials will meet again in Canberra on Wednesday, they said, where they will begin thrashing out the details of how to proceed and who precisely will shoulder the costs of doing so.