A grenade exploded in the compound of a Thai state-run broadcaster but no one was injured, police said. 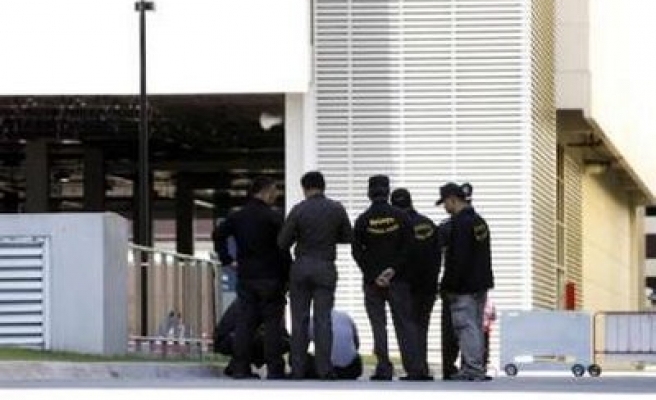 A grenade exploded in the compound of a Thai state-run broadcaster on Tuesday but no one was injured, police said, the fourth mysterious blast in five weeks during a state of emergency in Bangkok.

The grenade damaged three vehicles inside the compound close to one of the city's largest military bases on Viphavadi-Rangsit Road leading to the capital, said Police Colonel Paisan Wongwatcharamongkol, citing witnesses.

Authorities suspect the grenade was shot from an M79 launcher positioned on an overhead highway, Paisan said."Three vehicles were slightly damaged by sharpnel from the explosion."

Broadcaster NBT has faced "red-shirts" accusations of pro-government and biased reporting. It was targeted for criticism in 2007 by "yellow shirt" protesters when allies of former prime minister Thaksin Shinawatra were in power.

It was the latest in a series of small grenade or bomb attacks across Bangkok since violent clashes between troops red shirt protesters in April and May, in which 91 people, including protesters, were killed and up to 2,000 wounded.

On Aug. 26, a grenade tossed into the headquarters of Thai duty-free giant, King Power Group, wounded a security guard. That occurred on the same street where a bomb exploded a few weeks earlier, seriously wounding a garbage collector.

On July 25, a bomb hidden at a bus stop outside a supermarket killed one man and wounded nine.

Prime Minister Abhisit Vejjajiva has not identified when emergency rule will be lifted in Bangkok.