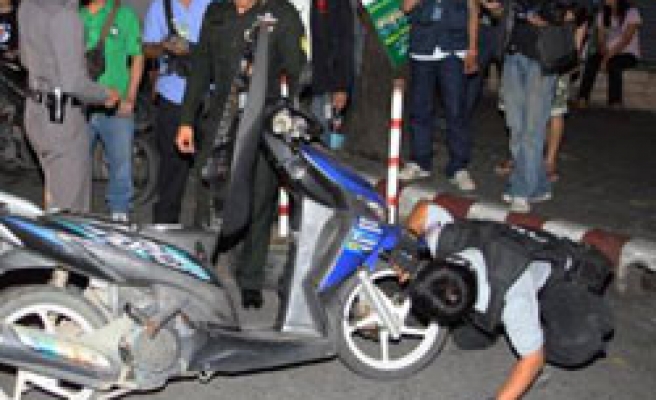 A grenade exploded in central Bangkok, seriously wounding a security guard, police said on Friday, the third such incident in a month during a state of emergency across Thailand's capital.

The grenade was tossed into the headquarters of Thai duty-free giant King Power Group late on Thursday, on the same street where a grenade exploded on July 30, seriously wounding a garbage collector.

"It could be an attempt to stir chaos in the area," Metropolitan Police Chief Santan Chayanond told reporters.

In Bangkok, there is still emergency rule.

Emergency rule bans political gatherings of more than five people and gives the government powers to impose curfew and censor media and detain suspects without charge for 30 days.

Anti-government protest leader and parliamentarian Jatuporn Prompan said his group was not responsible for the explosion, which took place near Victory Monument, a transportation hub usually choked with traffic and surrounded by hospitals, military compounds and nightclubs.

"They cannot blame us for all ills in the city. There are a lot of people who are upset about one thing or another, with someone or another. We have nothing to gain from this sort of incident," Jatuporn told Reuters.

It was the third unexplained incident of its kind in the capital since July 25, when a bomb hidden at a bus stop outside a supermarket killed one man and wounded nine.