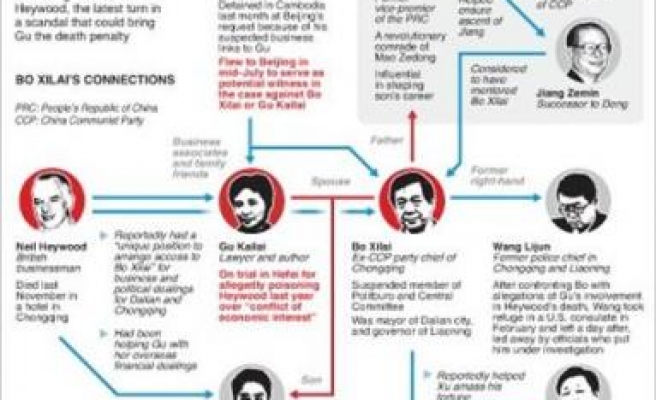 "During those days last November, I suffered a mental breakdown after learning that my son was in jeopardy. The tragedy which was created by me was not only extended to Neil, but also to several families," Xinhua quoted her as telling the court hearing her case.

"I solemnly tell the court that in order to maintain the dignity of the law, I will accept and calmly face any sentence and I also expect a fair and just court decision," she said, according to Xinhua.