Police said up to 10 gunmen entered the building in Pattani town just before midday, spraying bullets around and killing three people on the spot. 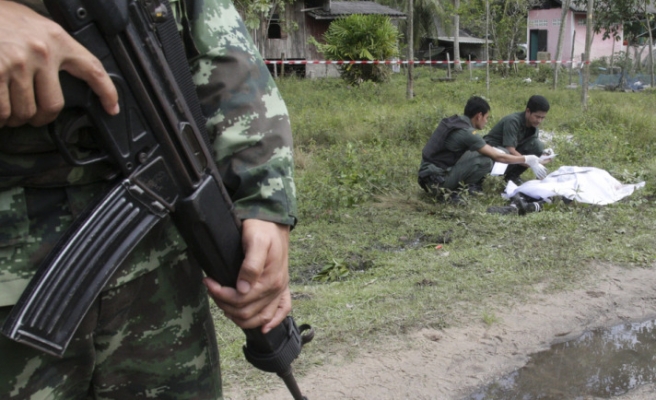 Police said up to 10 gunmen entered the building in Pattani town just before midday, spraying bullets around and killing three people on the spot.

They then planted a bomb inside the building and another by its entrance, both of which went off when police and soldiers entered.

The impact of the explosions killed a man who was riding past the building on his motorcycle and a further five people, including members of the emergency services, were injured.

All the attackers escaped, police said.

Thailand is a mainly Buddhist country and resistance to central government rule in the three southern, Muslim-majority provinces of Pattani, Yala and Narathiwat has existed for decades, resurfacing brutally in 2004.

More than 6,000 people have died since then, according to Deep South Watch, which monitors the violence, and successive governments have failed to quell the unrest.

The military-led government of Prime Minister Prayuth Chan-ocha said this month it would revive peace talks begun in 2013 under the previous administration, which went nowhere.