A woman was also among the dead in the attack in Quetta, the provincial capital of Baluchistan. 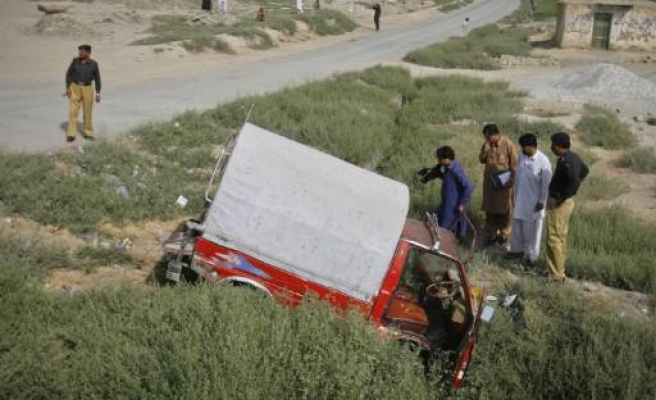 A woman was also among the dead in the attack in Quetta, the provincial capital of Baluchistan.

"The vehicle was passing by a bus stand when gunmen riding in another car opened fire, killing at least 11 people and wounding three," city's police chief Hamid Shakeel told Reuters.

Another police official said it appeared to be a sectarian attack as all those killed were Shi'ite Muslims.

The majority of Pakistanis are Sunni Muslims, with Shi'ites accounting for around 15 percent of a population of more than 170 million.

Saturday's attack came a day after eight people were killed and about 25 wounded in two separate bomb and gun attacks in two districts of Baluchistan.