Heavy rainfall was hampering rescue and relief efforts in the Ladakh region of Indian-controlled Kashmir on Saturday. 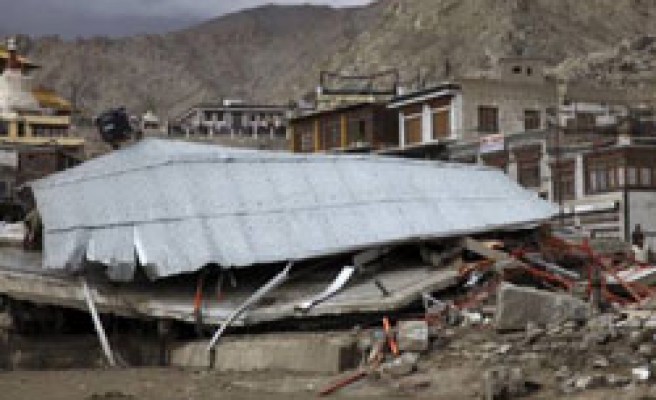 Heavy rainfall was hampering rescue and relief efforts in the Ladakh region of Indian-controlled Kashmir on Saturday, the army said, after flash floods killed at least 113 people.

Scores of people were missing, and some foreign tourists were also believed to have been affected, the foreign ministry said.

The airport in Leh town was open and planes carrying disaster response teams, doctors and communications equipment have been dispatched.

More than 6,000 soldiers were conducting rescue and relief work in the region, which shares borders with China. But heavy rainfall was disrupting operations, an army spokesman said.

The region borders Pakistan, beset by the worst floods in 80 years which have killed over 1,600 people, disrupted the lives of more than 12 million and dealt a blow to the agrarian-based economy.

In Leh, located at an altitude of 3,505 metres (11,499 feet) in the state of Jammu and Kashmir, dozens of people were missing after the floods, triggered by heavy rains, sent mudslides tumbling down on homes, telephone towers and government offices.

Sections of the main highway were washed away.

Many tourists -- who travel to the region for adventure sports such as white water rafting -- were stranded.

A statement from the foreign ministry said: "Some foreign nationals are reported to have been affected in the natural calamity." No other details were available.