At least 43 people have been killed in Punjab province and 30 in the Himalayan region of Kashmir in recent days, officials said. 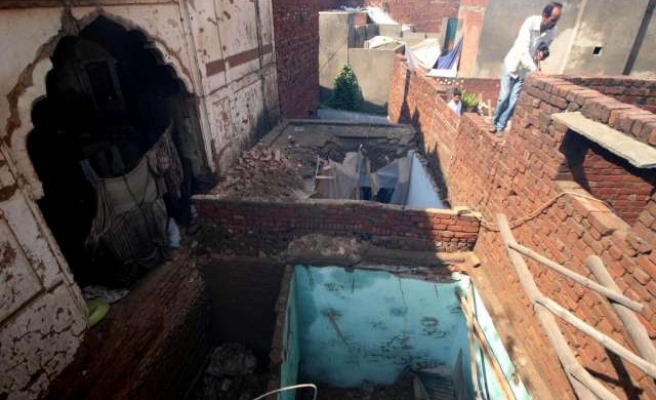 At least 73 people have been killed across Pakistan after heavy rains brought flash floods and caused homes to collapse in the Punjab and Kashmir regions, government officials said Friday.

Most deaths occurred in the city of Lahore, Prime Minister Nawaz Sharif's powerbase, further damaging the government's standing after weeks of protests aimed at forcing the premier to step down.

As the political crisis dragged through its third week, people's attention turned to the devastation brought by the floods, with television channels showing live images of villages and towns inundated by muddy water.

At least 43 people have been killed in Punjab province and 30 in the Himalayan region of Kashmir in recent days, officials said.

"Most of the 43 dead in Punjab died because the roofs of their homes collapsed," said Nisar Saani, a director at the Punjab Disaster Management Authority. "The rest were electrocuted."

Authorities have issued flood warnings across the country.

"We are bracing for more deaths as more rains are expected," said Khawaja Omer Rashid, a spokesman at Kashmir's disaster management authority.

In the Indian occupied Kashmir, at least 65 people were killed after heavy rain triggered flash floods, officials there said on Thursday.

Pakistan's civilian governments have long been perceived as riddled by corruption and largely ineffective, leaving the powerful military to step in during disasters.

This week, the army moved in across Punjab to carry out flood relief work while poorly resourced civilian authorities struggled to help.

Television pictures showed a military helicopter evacuating people trapped by floods in the garrison city of Rawalpindi near Islamabad. No floods were reported in the capital which has also seen continuous torrential rainfall since Thursday.

In 2010, the worst floods in memory affected 20 million people in Pakistan, with damage to infrastructure running into billions of dollars and huge swaths of crops destroyed as one fifth of the country was inundated.