Tokyo saw as much as 27 cm (10.6 inches) of snow, on par with last weekend's snowstorms, which were the heaviest in 45 years. 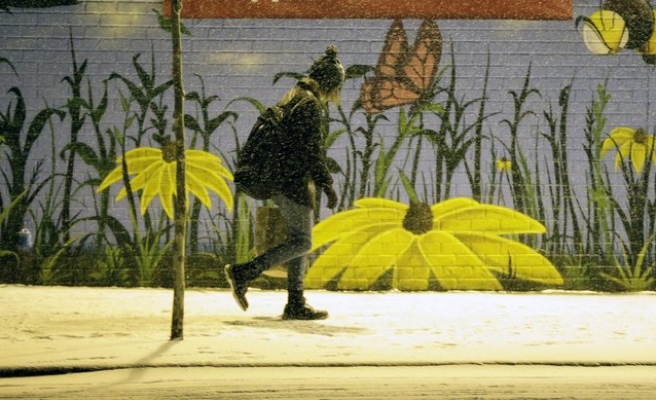 Heavy snow hit Tokyo and other parts of eastern Japan over the weekend, leaving 12 people dead, hundreds of thousands of households without electricity, and causing major disruptions to air and ground traffic.

Tokyo saw as much as 27 cm (10.6 inches) of snow, on par with last weekend's snowstorms, which were the heaviest in 45 years.

ANA Holdings, Japan's largest carrier, said 338 domestic flights and 12 international flights were cancelled on Saturday due to the heavy snow.

In Kawasaki, west of Tokyo, a train crashed into another after the snow rendered its brakes ineffective, leaving 19 passengers injured. It also snarled traffic on some of Tokyo's most heavily travelled roads.

Tokyo Electric Power Co Inc, which serves the nation's capital and surrounding regions, said up to 246,000 households were without electricity at one point on Saturday.