Herder kills himself in Inner Mongolia over land grab

The suicide adds to evidence that tensions are deepening in Inner Mongolia, where minority ethnic Mongolians are demanding better protection of their lands, rights and traditions. 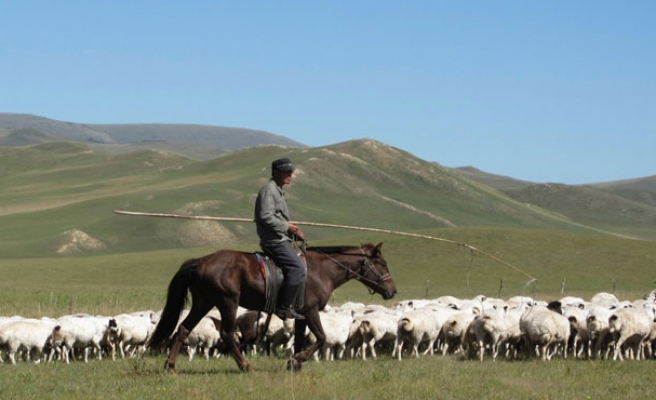 A herder from northern China's Inner Mongolia who had been protesting the government's occupation of traditional grazing land has hanged himself outside a government building, a relative and an overseas rights group said.

The suicide adds to evidence that tensions are deepening in Inner Mongolia, where minority ethnic Mongolians are demanding better protection of their lands, rights and traditions.

Tumur, 45, from Abag Banner, hanged himself last week outside the Sum Government building gate in protest of the authorities' illegal occupation of his grazing land, the Southern Mongolian Human Rights Information Center (SMHRIC) said in a statement on Monday night.

One of Tumur's relatives, reached by telephone, confirmed his death to Reuters but declined to provide further details.

"A lot of people in the villages, including his relatives, have been warned not to reveal information about this (Tumur's death)," Enghebatu Togochog of SMHRIC told Reuters.

Tumur had been petitioning the local government for years for the return of his grazing land, illegally occupied during an initiative to "help the poor", the SMHRIC said.

The director of the Secretariat of the Xilingol government denied Tumur's suicide. Xilingol administers Abag Banner.

Ethnic Mongolians, who make up under 20 percent of Inner Mongolia's 24 million population, say their grazing lands have been ruined by mining and desertification and that the government has tried to resettle them in permanent houses.

Inner Mongolia is supposed to enjoy a high degree of self-rule, but Mongolians say the Han Chinese majority has been the main beneficiaries of economic development.

Inner Mongolia, which covers more than a 10th of China's land mass and has the country's largest coal reserves, was rocked by protests in 2011 after an ethnic Mongol herder was killed by a truck after taking part in protests against pollution caused by a coal mine.

On Monday, some 300 Mongolian herders protested outside a government building in the capital, Hohhot, calling for authorities to return their land, SMHRIC said.