Skipper of second ship in 2012 collision aquitted of manslaughter charges. 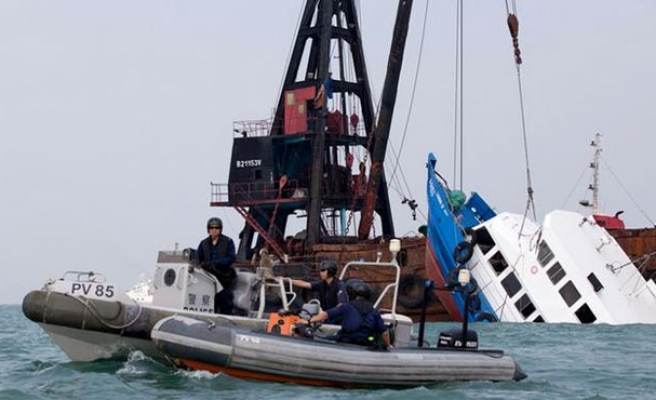 A Hong Kong ferry captain was Saturday convicted of killing 39 people in one of the territory’s worst sea disasters, local media reported.

Lai Sai-ming, the skipper of the Sea Smooth, was found guilty of 39 counts of manslaughter and endangering the safety of others at sea, the South China Morning Post said.

The Sea Smooth was carrying 62 passengers when it collided with the Lamma IV on Oct. 1 2012. The Lamma IV was taking 124 passengers on a night excursion to view fireworks in Victoria Harbour on China’s National Day holiday.

Eight children were among the fatalities.

The captain of the Lamma IV, Chow Chi-wai, was acquitted of the manslaughter charges but convicted of endangering safety.

Lai faces a maximum sentence of life imprisonment while Chow could be jailed for up to four years and fined a maximum of 200,000 Hong Kong dollars ($26,000).

During the trial, Lai and Chow blamed one another for the collision.

The prosecution alleged both captains had been "grossly negligent" in navigating their vessels, failed to keep proper lookouts or to take effective measures to avoid the collision, the Post reported.

Chow’s lawyers said his attempts to avert the collision were cancelled out by the actions of the more manoeuvrable catamaran captained by Lai.

They claimed the Lamma IV had turned right three times by about 50 degrees in accordance with international collision regulations while the Sea Smooth violated the rules and turned left by 21 degrees.

Lai’s legal team said a missing watertight door could have been the cause of the Lamma IV’s sinking.

Loose chairs and poor access to lifejackets are also thought to have contributed to the death toll.

A decision is due by the end of the month on whether to prosecute Marine Department officials implicated in the tragedy.