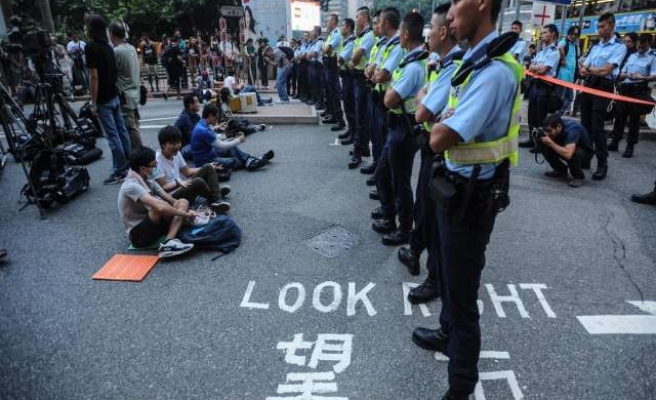 Public broadcaster RTHK said Wong ended his fast over medical concerns about his falling blood-sugar level. Three other student activists are continuing to refuse food in an effort to force the Hong Kong government to restart democracy talks.

The 18-year-old convener of student group Scholarism had been asking for a public meeting with Chief Executive Leung Chun-ying to discuss political reforms, as protests continued into the third month.

Leung has rejected calls to hold a dialogue with the students, who are calling for an open election for Hong Kong's chief executive post in 2017.

Wong ended his hunger strike at midday local time (04.00 GMT). He had been drinking only water since Tuesday, apart from one spoonful of glucose.

Lam added that Wong had returned to his home to rest but would return to the main protest site in Admiralty for a nightly rally. One student who started fasting at the same time as Wong, Isabella Lo, gave up Friday on medical advice.

Wong is seen as one of the leading figures of the civil disobedience Umbrella movement that began at the end of September and attracted up to 100,000 protesters at its peak.

The demonstrations, which continue at two sites in the territory, are seen as the biggest challenge to Beijing's grip over the former British colony since the handover in 1997.