Nepal is home to more than 20,000 Tibetans - for many from as far back as 1959, when their spiritual leader, the Dalai Lama, fled to India after a failed uprising against China. 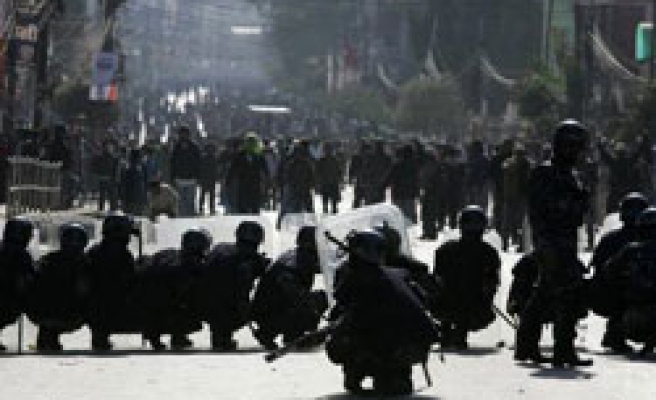 Nepal is home to more than 20,000 Tibetans - for many from as far back as 1959, when their spiritual leader, the Dalai Lama, fled to India after a failed uprising against China.

In its report, HRW said Tibetans in Nepal faced a "de facto ban" on political protests against China and curbs on public activities promoting their culture and religion.

Tibetans interviewed by the rights body accused Nepali security forces of abuses such as excessive use of force, arbitrary detention, intimidation and intrusive surveillance.

"The situation for the Tibetan refugee community in Nepal has markedly deteriorated since China's violent crackdown on protests in Tibet in 2008," said HRW's Asia director, Brad Adams.

"While good relations with China are important, restricting basic rights crosses a red line," Adams said in a statement.

"It only undermines efforts to uphold a very fragile rule of law in Nepal. It also encourages politically motivated policing and impunity for abuses."

Nepali officials dismissed the report, denying the accusations of mistreatment.

"We are treating the refugees on humanitarian grounds," home ministry spokesman Shankar Koirala told the Thomson Reuters Foundation. "There is no pressure on us from any country."

Two-way ties between Nepal and China have strengthened in recent years, with China becoming a major donor of aid to, and trading partner of, its tiny neighbour, besides bringing major investments in infrastructure development, such as hospitals.

But HRW says Nepal faces intense Chinese pressure to limit the flow of Tibetans crossing the border and restrictions have helped stem the number of those fleeing Tibet.

Hundreds of refugees from Tibet trek for days across treacherous Himalayan mountain passes to reach Nepal every year, and then cross into India where they are given political asylum.

Those captured by Nepali police are usually promptly handed to the U.N.'s refugee agency UNHCR.

"Yet, partly as a result of increasing cooperation between Nepal and China's border security forces, there are significant concerns that Nepal may at times forcibly return Tibetans to China," Human Rights Watch said.