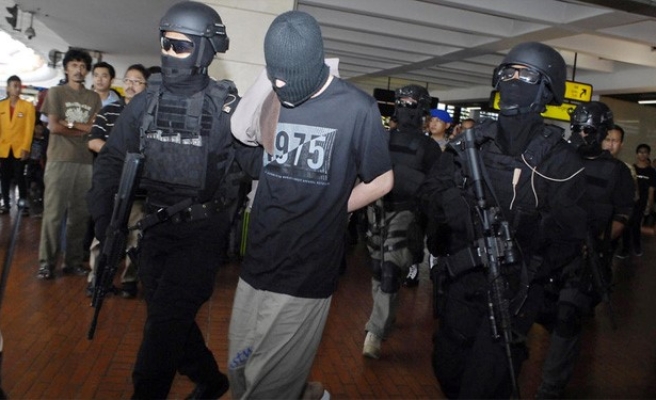 Two Malaysians have been arrested in connection with a human trafficking ring sending migrants to Europe, an immigration official said Monday.

Enang Syamsi, head of immigration at Soekarno-Hatta International Airport in Jakarta, said the suspects were detained on Sunday along with three Sri Lankan children headed for the U.K., the Kompas.com news site reported.

“The syndicate uses Indonesia as a transit country,” he told a news conference. “From here, they send people illegally to European countries such as Germany and France.”

The gang used stolen or lost Malaysian passports to funnel migrants to Europe, he said.

Syamsi said the arrested men were acting as escorts to the children, adding that the gang charged $2,000 for every migrant successfully smuggled abroad.

“They choose to dispatch migrants from Indonesia because, among other [reasons], there are many low-cost flights to Europe.”

The victims were trafficked to fulfil orders from Europe for workers or children to be adopted, Syamsi said.

“The crime is structured. We are still investigating their cells in Indonesia,” he told reporters.